When England’s women’s rugby stars took centre stage to collect their ‘Team of the Year’ prize at the BBC’s Sports Personality of the Year awards, Hartpury graduate Lee Douglas was watching on with a combination of pride and anticipation.

For Lee, who graduated with a Sports Conditioning and Coaching degree from Hartpury in 2006, is the man tasked with taking most of these sporting superstars to the next level in their quest for peak physical performance.

The 31-year-old secured the role as Head of Strength and Conditioning for England Women’s Rugby Sevens in August 2014, and now works with the 20 players who signed professional contracts in September 2014 with the Rugby Football Union – 12 of whom won the Women’s Rugby World Cup.

“The last few months have been crazy busy, but hugely exciting too,” said Lee.

“This is the first full-time strength and conditioning programme for women in rugby, so it’s completely new, but the players are loving the fact they can train every day.

“Life was so hectic for them before. In many cases, they were trying to fit training around full-time work or study. At first, they were tearing their hair out wondering what to do on rest days!

“The gains these girls have made already are staggering and it makes you feel like the best coach in the world! I don’t think they realise yet how much potential they have and how far they can go. It’s huge to be part of that journey.

“We have some of the best players in the world and the talent coming through, including from the AASE (Advanced Apprenticeship in Sporting Excellence) girls rugby programme at Hartpury, is just as exciting. The sport going professional will raise the bar even further. By the time this squad gets to the sevens at Rio 2016, I think they will be unstoppable.

As their Strength and Conditioning coach, Lee is responsible for making sure the players are in peak physical condition, whether that’s by giving them more power, more speed or making them fitter.

He added: “We do weights every day but we also do speed work, conditioning and work with the physios on rehab and injury prevention. Monitoring is also crucial, making sure we’re not doing too much load work or running; that we’re training at the right speeds and doing enough aerobic work.

“These girls have come from playing 15-a-side, which is very different to Sevens, and the training has had to be adapted for us to be successful.”

It was Lee’s love of rugby that inevitably led him to Hartpury’s door, and when he realised that his dreams of a professional rugby career were unlikely to be realised in his second year of studying for his degree, he redirected his focus to the elements of his course that he loved - the practical, conditioning side.

He said: “It was fantastic being able to pick the brains of people like Paddy and Stu, I learned so much from them, as well as from Andrew Stanley, who coached me at Hartpury. I then worked with him at Worcester and he went on to coach Gloucester.

“Hartpury was the best decision I ever made. I truly believe that if I’d gone somewhere else, I wouldn’t be where I am now. The quality of the players and the coaches at Hartpury was incredible and I felt privileged to be studying in an environment that was so close to being at a professional club and that was at the forefront of developments in the industry.”

The knowledge and the contacts that Lee gained at Hartpury opened up an internship opportunity at Worcester Warriors in the summer after he completed his degree.

He ended up being offered a full-time contract with their Academy and stayed with the Sixways club for six years, also working with England Under-18s, before becoming assistant S and C coach at Edinburgh and then taking on the head S and C role at Bristol Rugby.

Lee added: “I was aware that I’d got a foot in the door at Worcester initially because of the links I had there, so it was important for me to prove myself at clubs where no one knew me.

“When I was at Edinburgh, I got the chance to be involved in the Heineken Cup, which was incredible and then being given the head S and C role at Bristol, that was fantastic progression for me.” 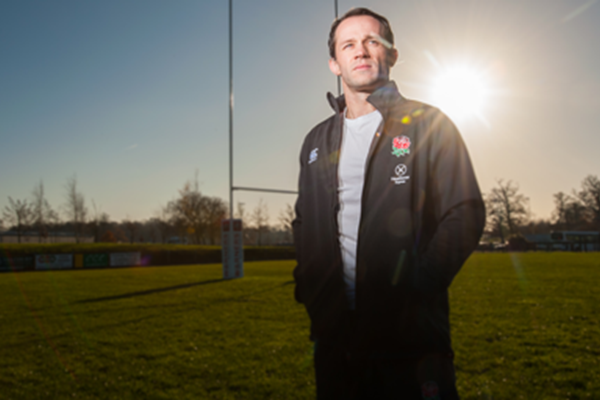