A trio of intrepid Hartpury adventurers are heading to Canada to scale Mount Cavell next year as part of a major fundraising effort.

The 17-year-old A-level students – brothers Aiden and RJ Horwood and Euan Scott, whose father is renowned explorer Doug Scott CBE – will be raising money for the Cavell Nurses Trust, which supports medical staff and students who have fallen on hard times.

The Trust was set up to commemorate the actions of Edith Cavell – a British nurse during the First World War who saved the lives of soldiers from both sides without distinction. However, in 1915, she was arrested for helping 200 allied soldiers to freedom and sentenced to death for treason, shot by a German firing squad.

The Hartpury students will be part of the Cavell 100, who will head to Canada next August to climb Mount Cavell and lay commemorative wreaths at the summit, marking 100 years since Edith was executed. The boys are organising funding the expedition themselves and will be sponsored for the climb.

They are also holding a series of events to raise funds for the Cavell Nurses Trust in the run-up to the climb, including a guest lecture at Hartpury by Doug Scott that will be open to the public, as well as to staff and students.

Doug Scott is an English mountaineer best known for making the first ascent of the south-west face of Mount Everest on 24th September, 1975. His career includes over 30 expeditions to inner Asia and he is regarded as one of the world's leading high altitude and big wall climbers.

Tickets for the lecture at Hartpury’s main NLT lecture theatre from 7pm to 9pm on February 16th, 2015, can be bought from the Hartpury online shop at www.hartpury.ac.uk/shop here. Tickets are priced at £10 for students, £12.50 for Hartpury staff and £15 for the general public.

There will also be a stall selling merchandise, including posters, books and badges, and an auction of signed prints from Edmund Hillary to raise funds for the Cavell Nurses Trust and Community Action Nepal.

“The Cavell Nurses Trust is a cause close to our hearts as my dad is a patron of the charity and Aiden and RJ’s mum is a nurse,” said Euan.

“We think that we will be the youngest people doing the climb. It’s really important to us that we raise awareness among our generation about the sacrifices that were made during the First World War and of the incredible work of Edith Cavell and the Cavell Nurses Trust.

“People know all about Florence Nightingale but hardly anyone our age would know who Edith Cavell is. That’s slowly changing and in Norwich, where she was born, she has been added to the school curriculum.”

The dedicated trio are also in the early stages of planning for a charity bike ride from Norwich to Dover and then Calais to Belgium – covering the route that Edith Cavell would have taken at the outbreak of the war, when she was visiting her sick mother in the UK. She returned to Belgium as she felt she could do the greatest good there. 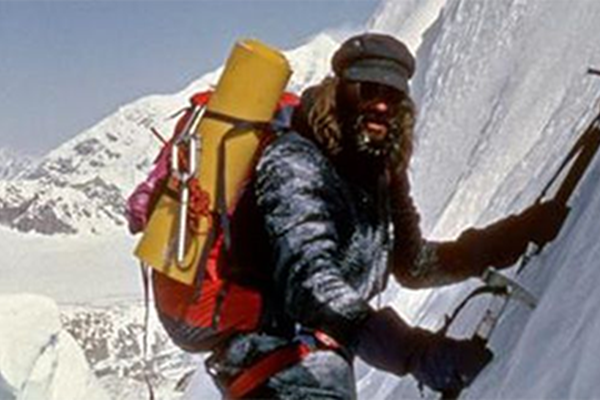