Hartpury’s university team emphatically took their revenge against a Cardiff University team who had beaten them earlier in the season, cutting loose in the second half to clinch a handsome 45-8 win.

After an evenly matched first half, Hartpury scored 40 points after the interval to see off their Welsh rivals in the BUCS South League.

An error-riddled, scoreless first quarter saw both teams struggle to sustain long periods of pressure. On the 20-minute mark, a strong forward peel in field from the Hartpury pack made inroads deep beyond the Cardiff five-metre line and full-back Alex Brown broke two tackles to force his way over. Conversion missed by Gareth Thompson.

Both teams then fell back into a battle to secure territory and possession with both sets of defences holding firm. A penalty from the Cardiff fly-half reduced the deficit to 5-3 on the stroke of half time.

From the restart, Hartpury came out firing. With improved ball accuracy in attack, Hartpury fired the ball left and right across the pitch to unleash winger Alex O’Meara, who stepped and fended off a defender to score in the corner. Thompson converted from out wide.

With a clear second-half focus of ball retention, Hartpury made their way deep into Cardiff territory. Captain George Boulton was brought down inches short after a powerful break before second row Henry Harper was on hand to dive over from close range. Converted by Thompson.

As the game entered the final quarter, Hartpury picked up a bonus point in style after slick hands from Brown left winger Kai Little to outpace the cover defence to score in the corner. Thompson again added the extras from a tight angle.

In reply, Cardiff managed an unconverted score of their own when Hartpury found themselves short on numbers out wide to bring the score to 26-8.

Moments later, Little doubled his try tally as a midfield break from Boulton was finished off with a looping pass that found Little, who powerfully raced in to score in the corner.

Next to score was replacement back row Jonas Mikalcius, who pounced on a loose ball to gallop 60 metres to score by the posts, Jamie Forrester converting.

To seal a convincing victory, a line-out move saw hooker Luke Stratford dot down unopposed with his first touch, Forrester again converting to take the final score to 45-8.

Hartpury will now look to continue their quest of topping the table when the league restarts after a festive break. 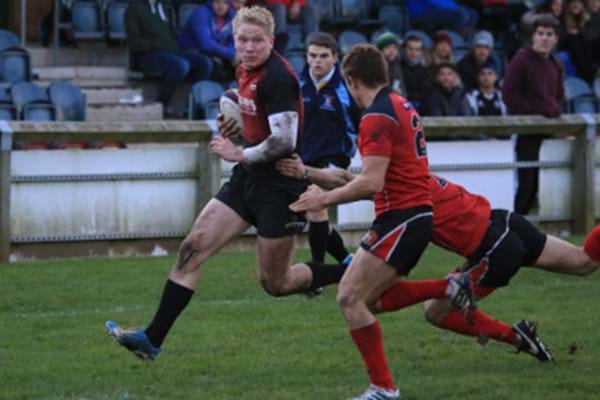