In a Premier South B game disrupted by wet conditions, both teams battled well throughout and had periods of dominance in the set-piece and in open play.

A try in each half from Hartpury number eight Luke Stratford (pictured) and a fine finish from winger James Neal sealed the win as Hartpury outscored their counterparts three tries to one.

Exeter troubled the scoreboard first, though, as their centre slotted a penalty in front of the posts.

Despite the inclement weather, Hartpury demonstrated intent to use their backs to attempt to break the Exeter defence, with head coach Timothy Stevenson pivotal.

After working the ball wide to Neal, he broke down the wing, before being tackled just short and a penalty offence from Exeter halted play. Hartpury opted to kick to the corner and from the resulting line-out, Stratford put the finishing touches to a well-constructed driving maul. The conversion was missed.

The remainder of the half saw both teams battle it out for field position to launch attacks on the opposition line.

Credit to Exeter for holding out before the break after being reduced to 14 men; their number eight having been sin-binned for a ruck infringement.

After the break, an attempted kick at goal fell under the posts but the referee failed to see Hartpury dot down in goal to receive a 22-metre drop out, instead awarding a scrum for a forward pass.

This resulted in Exeter being camped on the Hartpury line for several passages of play before they finally dived over through their centre, cutting a nice angle off the Exeter scrum-half. The conversion was missed with Exeter taking an 8-5 lead.

It was deja vu as Hartpury kicked to the corner and Stratford got his second score with a well worked front peel.

With Hartpury’s tails up, they sealed the victory when Neal beat three defenders to score after being set free by a beautifully timed pass from replacement second row Jack Sharpley.

Next up for the second XV is a trip to St Mary’s University College, London. At home next week, Hartpury’s first XV will look to close the gap on the gap on league leaders Exeter University in Premier South A when they face Cardiff Met. 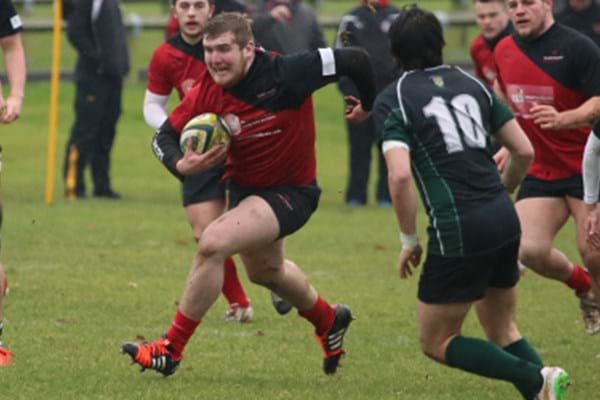