Hartpury’s BUCS first team continued their quest to push for top spot in Premier South League A with a resounding 46-5 victory over long-standing Welsh rivals Cardiff Metropolitan University at a blustery Hartpury.

Playing into the wind in the first half, Hartpury showed a mature approach from the outset, looking to keep the ball in hand in difficult playing conditions.

Going against that strategy, however, Gareth Thompson opted to chip ahead deep into Cardiff Met territory, only for their full-back to fumble the ball and allow captain George Boulton to pounce on the ball and dive over. The try was converted by Thompson.

After a very promising start, Hartpury continued to keep control, spreading the ball to both touchlines. Several phases of possession saw Sebastian Negri give O’Meara a one-on-one with his opposite man. After rounding him with ease, clever footwork saw the England Students winger beat the last defender to canter over by the posts. Extras were good to bring the score to 14-0.

Thriving off Cardiff Met’s errors, Hartpury added to their try tally when O’Connell touched down thanks to a powerful driving maul from the Hartpury pack.

A fourth try soon followed to secure a bonus point on the 20-minute mark. After solid build-up play, Thompson ducked under an attempted tackle to glide through the Cardiff Met defence before throwing a long pass to find winger Kai Little, who dived in at the corner. The conversion was missed from out wide.

The same corner of the pitch was troubled again moments later. When Cardiff Met kicked dead off the restart, a midfield scrum move on halfway was executed precisely by the Hartpury back division to send centre Jamie Forrester through a gap in the defence to race clear and score untouched.

It got worse for Cardiff Met before half-time after a yellow card to their winger for a deliberate knock-on. And Hartpury found time to release O’Meara free to score a second on the stroke of the interval to take the score to 34-0.

The second half was more of a scrappy affair, affected by both teams making several changes at half-time.

Despite Cardiff Met enjoying possession for the first time in the game early in the second half, Hartpury added to their tally first. From a scrum close in, Boulton crashed over for a second.

On 65 minutes, Cardiff Met managed an unconverted try of their own thanks to a quick tap and go from their scrum-half. This would prove to be a blip in proceedings as Hartpury soon regained possession and territory to finish the game with a score through a 10-man driving maul, flanker Callum Bowden dotting down to bring the score to 46-5.

The BUCS first team are without a game next week but the seconds are at home in a top of the table clash against University of South Wales. 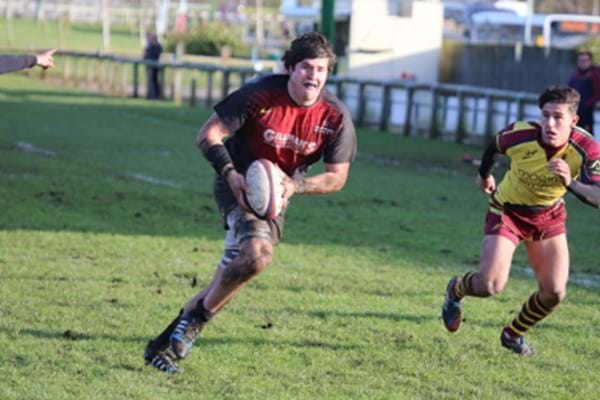