From growing up in Gloucester to travelling the world with an international rugby team and living on the beach in California, former Hartpury student Paul Goulding has certainly been on an extraordinary journey.

Now the National Performance Analyst for the USA Eagles senior team, the 26-year-old is living the American dream and he couldn’t be happier with the career path he has followed.

He must, however, have felt his life had come full circle recently, being battered by the wind and cold on the side of a Hartpury rugby pitch.

A student on the rugby programme at the college between 2004 and 2006, Paul returned to his old stomping ground with the USA Eagles as they warmed up for their autumn international against Tonga at Kingsholm in November 2014.

The team were based at Hartpury for training for a week ahead of that bruising clash, familiarising themselves with the environment, facilities and coaching staff ahead of their return in Autumn 2015, when Hartpury will be one of their official ‘Team Bases’ for the Rugby World Cup.

“I travel with the senior teams, documenting every game and every training session,” said Paul.

“I’m basically the link between the coaches and the players, reviewing and previewing our games and training sessions using the stats I collate and my video analysis, which is then fed back to the coaching staff, the team and individual players.

“I cut the clips I need from the sessions and matches as I go so it’s a quicker process. The coaches will identify certain KPIs (Key Performance Indicators) so I’ll focus on those, and anything else they have asked me to look at with regards to individual players or patterns.

“I work with the team to analyse their most recent performances and their last games against their upcoming opponents so we can develop the most effective gameplan, target the opposition’s weaknesses and play to our own strengths.”

With the Eagles now building strong links throughout Gloucestershire ahead of the Rugby World Cup – they will play Japan on October 11th, 2015 at Kingsholm - Paul is relishing his opportunities to see old friends and visit his family in Upleadon.

He has also enjoyed returning to Hartpury, although he admitted he hardly recognises the place. He said: “Hartpury has changed such a lot since I was here; there was no 3G pitch and Gloucester Rugby didn’t have their training base here when I was a student. The facilities now are incredible.

“I played in the Under-18s first team for two years and I loved it; it was so different to a traditional sixth form, so unique.

“Rugby was my passion and I didn’t really know what I wanted to do as a job back then but Hartpury was a great stepping stone for me. It gave me a real insight into how the sports industry and a professional sports club environment works. What I learned there undoubtedly set me on the path to the career I’m following now.

“Coming here as a student with a love of sport, you couldn’t ask for better coaching or facilities, just better weather! Much as I liked it here, there’s not much that can beat living on the beach in San Diego!” 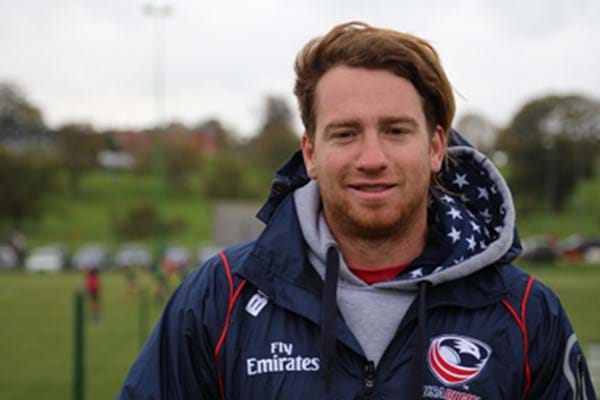