A former Hartpury College student is now plying his trade at the luxury resort of Necker Island - the millionaire’s playground created by Sir Richard Branson.

Located in the British Virgin Islands, Necker is one of the most exclusive holiday destinations in the world – with a seven night stay costing upwards of £19,000.

And the island paradise, found in the Caribbean, is where ex-student Danny Jones from Ross-on-Wye currently finds himself, working as a watersports instructor.

The 28-year-old said: “I’m from Ross-on-Wye so it’s a very different place I find myself in now! My main role is as a watersports instructor but it is extremely diverse and I regularly find myself leading other activities like mountain biking, climbing and scuba diving.

The island was recently the focus of a television programme, where BBC Two gave viewers an in-depth, behind-the-scenes look at the dream destination.

And Danny was in the news as part of the crew that rescued four-time Olympic sailing champion Sir Ben Ainslie while he was on his honeymoon.

Danny said: “I used to do sailing so he is a bit of an idol of mine! I’ve met quite a few sporting celebrities during my time here, including Rafael Nadal and Mo Farah

“Since leaving Hartpury, I’ve worked in numerous countries, including Dubai, Turkey and Greece, but Necker is completely different to all of them!

“It’s like a dream job here, and with talk of the company expanding, there should be further opportunities to continue working in this environment.

“Everything that I learned while I was on my Outdoor Adventure course at Hartpury I have used here, and I know I’ll continue to do so.” 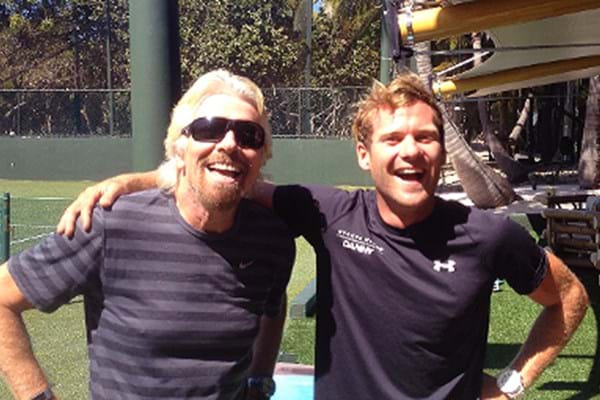