Hartpury Equine Academy ace, Emma Corbett, will compete at the prestigious Addington Manor International Dressage Show in March after being called up by the GBR Young Rider selectors.

Up and coming dressage star Emma, 21, who is in the third year of an Equine Science degree at Hartpury, will ride in the Under-25s Grand Prix on her horse, Feo. The pair have been in good form recently, achieving scores of 64.1% and 64.9% in their latest two competitions at Intermediare II level – one level below Grand Prix.

“I’ve been using these as my warm-up competitions for the International and it’s really helped to build up Feo’s confidence in the arena,” said Emma.

“I am absolutely thrilled to have been selected for Addington. It’s exciting but I’m nervous too! It makes it even more special to me as I have owned this horse since he was a five-year-old and we have come up through the levels together.

“It is also my first ever year as a senior rider so I am so happy that I am up to the necessary standard already. The coaching I’ve had from Nick and Carl (Hester, Hartpury Equine Academy coach) has been absolutely key to that. It is going to be a big jump up from the Young Rider level (Under-21s) that we were competing at last year but we are both ready for the challenge!”

Nick Burton, Hartpury Equine Academy director, said: “This is a great achievement and reflective of Emma and Feo's progression following a winter of concentrated training with Carl and myself. We wish them every success at the show.” 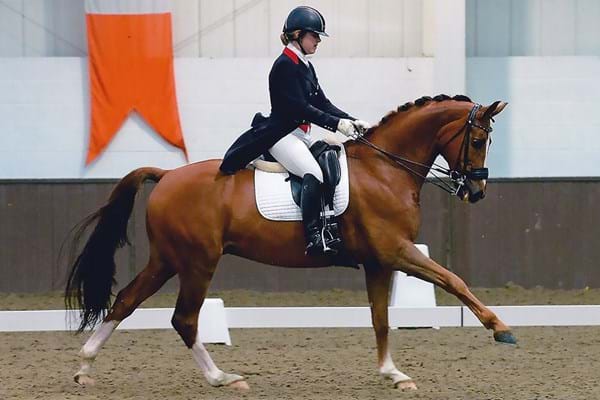