Wintry conditions were not enough to stop Hartpury from claiming a second straight Regional Schools title in Bournemouth.

Sarah Pretty’s side claimed yet another title in style as they went on an unbeaten run to ensure the title remained at Hartpury and guarantee top spot in the National Schools Finals.

Still hurting from a loss to Exeter in the national cup, Hartpury set about their title defence pitted against the Devon side in a tough group which also featured tricky opponents, Ralph Allen College.

Opening with two wins, Hartpury maintained their 100% record with an 11-4 win in the re-match with Exeter - the only match the Gloucestershire side would play indoors during the tournament. Goal Shooter Elly Milner impressed, converting 80% of her shots.

Isabelle Dunsford gave a captain’s performance in centre, combining with Paige Reed’s excellent shooting to give Hartpury a well-deserved victory over Ralph Allen in tricky outside conditions.

Hartpury also recorded routine wins over Richard Huish College, Bryanston, New College and Truro School, racking up 89 points and conceding only 26 in the process during the group stage.

Despite a convincing 24-2 win over Truro School during the group stage Hartpury were made to work harder by their city rivals Truro College during their semi-final encounter, coming from three behind early on to win a tight encounter 8-6.

The final pitted Hartpury against another unbeaten side on the day, Millfield, who had also seen off Exeter at the semi-final stage. Despite already having guaranteed themselves a

spot in the national finals, Hartpury went one better and retained the trophy with a hard-fought 10-6 victory.

Reed impressed again, scoring six and missing just one of her chances in the final as Milner took all four of her chances to hand Hartpury the win and top spot in the qualification for the National Schools Finals in March.

Hartpury’s netball coach, Sarah Pretty, said: “the girls have shown today that when they work hard and put their minds’ to it, they’re a tough outfit to come up against. There were some strong teams in this tournament and to come away with the trophy two years in a row is an amazing achievement. The loss to Exeter in the cup was tough but we’ve bounced back brilliantly today and we’ll be working hard between now and March to replicate this sort of performance in the national finals.” 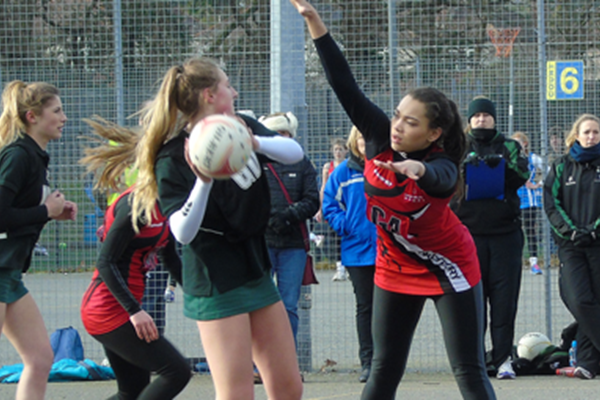