With the chance of claiming top spot up for grabs, Hartpury hosted Swansea University knowing they needed the full five points in the final round of league fixtures in BUCS Premier South A.

However, with leaders Exeter winning convincingly at home to Bath University, even a 69-3 win over their Welsh counterparts was not enough, with Hartpury having to settle for second place and a home quarter-final in the cup competition.

Hartpury crossed the whitewash 11 times in all, showing a structured mix of both expansive rugby and dominant forward play.

In the early exchanges, Hartpury firmly showed their intentions, gaining dominance through their scrum and driving line-out.

Pressure was turned into points on five minutes after a well worked set-piece from a line-out saw Hartpury flash back blind after placing a dent in the midfield to allow full-back Alex O’Meara to score untouched, moments after recovering from an injury. The extras were missed from out wide by Gareth Thompson.

Swansea hit back with a penalty goal from 30 metres out after second row Henry Harper crossed with his own players in midfield. Harper was to make amends soon after by forcing his way over from close range, with Thompson converting.

Swansea were reduced to 14 men when their scrum-half was sin-binned for a cynical knock-on to stop a try-scoring chance. From the resulting penalty, a strong driving maul brought Hartpury close, before winger Kai Little cut a penetrating line infield off Thompson to score by the posts.

Taking full advantage of the sinbin, Hartpury continued to pile on the points with two scores through winger O’Meara to secure the bonus point and winger Mark Harrison after slick build-up play from Mike Luxton. Thompson converted both scores to take the score to 33-3 after 25 minutes.

Centre Niall Crossley, replacing O’Meara, was next to dot down, powerfully breaking through the defence to race away to score.

Just before half-time, from a scrum deep inside Hartpury territory, the home side broke clear through captain George Boulton. He drew the last defender to send Harrison in for his second, with Thompson again adding the extras for a half-time score of 47-3.

The second half saw much of the same from Hartpury, Crossley touching down for a second and second row James Voss crossing after great team play unpicked holes in the Swansea defence.

A late surge from Swansea on the Hartpury line was not to be rewarded as Hartpury’s defence held firm.

Back down the other end, Hartpury added to their points tally with Callum O’Connell getting the finishing touches to a powerful driving maul.

Hartpury saved arguably the best try for last, Crossley again breaching the Swansea defence from deep before feeding Harry Cochrane to race away to bring the final score to 69-3.

Hartpury now have a week’s break before welcoming Durham University from BUCS Premier North A in the quarter-final of the Knockout competition. 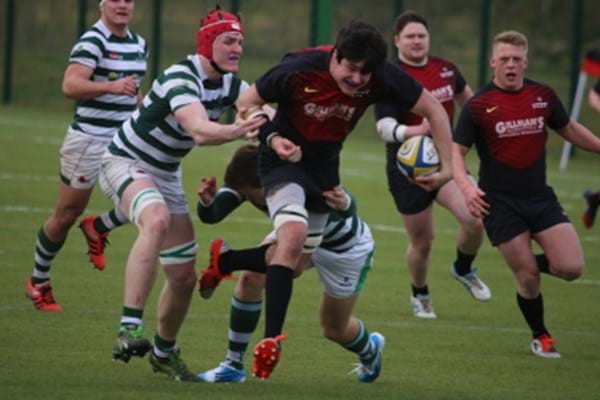