All of the Hartpury women’s rugby talents past and present who helped England to Six Nations victory over Italy have kept their starting berths for the crunch clash with Ireland on Friday (February 27th, 7.30pm kick-off).

The senior squad bounced back from their shock 13-0 opening defeat to Wales with a six-try 39-7 win over Italy last time out, but they know they will face a much stiffer test from Ireland at Ashbourne RFC.

While they clinched a 40-7 success over the Irish women in their last meeting – the Rugby World Cup semi-final – they went down 25-0 on their last visit to Ashbourne in the 2013 Six Nations.

Centre Abbie Brown and winger Sydney Gregson, who are part of the hugely successful Advanced Apprenticeship in Sporting Excellence (AASE) Women’s Rugby programme at Hartpury and play their club rugby for Bristol, will line up in the team with a trio of former Hartpury students.

They are Alex Matthews (Richmond), who switches from number eight to blindside flanker for the Ireland clash, centre Ceri Large (Worcester) from Drybrook and scrum-half Bianca Blackburn (Worcester), who made her senior starting debut against Italy.

Peter Cook, who heads up the AASE women’s rugby programme at Hartpury, said: “The girls will be in for a much tougher test against Ireland, who are always very physical and will be well organised, but they are up for the challenge.

“It’s great to see the England coaches keeping faith in our girls, who are continuing to prove themselves as exceptional talents, now on the biggest stage. Everyone at Hartpury wishes them well as they look to stay in contention for the Six Nations title.”

Friday’s match will be live-streamed by the Ireland RFU. 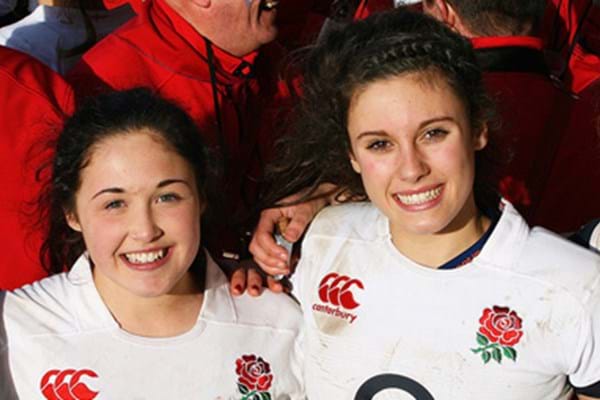