It was a markedly different affair to the reserve fixture earlier in the season, when Hartpury ran out 1-0 victors.

Five goals from striker Jordan Fletcher, four goals from winger Mustapha Bundu and one from centre-back George Shutt completed Hartpury’s tally. Although there were moments of individual brilliance, it was an accomplished team performance that meant Hartpury dominated from start to finish.

From the outset, Hartpury looked confident in possession, creating space down both flanks and looking to get dangerous crosses into the box.

After only five minutes, striker Fletcher was on hand to capitalise on a Birmingham Met error while attempting to play out from the back, firing hard past the keeper low into the bottom corner.

A second goal soon followed as a loose ball outside the box fell on the half-volley for Fletcher, who got over the top of the ball and sent it low and hard into the bottom left corner, leaving the keeper rooted to the spot.

With Hartpury firmly on top, they created space for dangerous winger Bundu to move with the ball, and move fast he did, cutting inside his opposite man before curling the ball across goal and into the net with his right foot.

Ever-present Hartpury midfielder Syrdyck Adel Grant was always alert to the opportunity to play attacking passing, dictating the pace of the game from the centre of the park.

It took only 25 minutes for Fletcher to complete a hat-trick, knocking the ball past the opposing centre back to give himself space to finish identically to his first goal.

The only mishap for Hartpury in the first half was salvaged by a brilliant clearing header from centre-back Nathan Summers, getting back to help his goalkeeper out after a sloppy clearance.

Bundu was also to complete a first-half hat-trick, scoring two sublime individual efforts in quick succession to take the score to 6-0. The first score saw him flick the ball up to himself before sending a looping header into the top corner. This was followed by a fierce shot into the bottom corner from outside the box after again cutting inside from his flank.

Despite several Hartpury changes at half-time, the game continued in the same vein in the second half.

Fletcher scored his fourth after rounding the goalkeeper before centre-back George Shutt headed home from a Sammie Hicks cross.

The individual brilliance was not finished from Bundu though as a well-timed pass again put him in space, allowing him to outpace the right-back before sending a powerful shot past the near post with his potent right foot.

There was time for Hartpury to send the goal tally into double figures; Fletcher taking his personal tally to five with a powerful header, reaping the benefit of another pinpoint cross from Hicks.

Paul Tassell, Hartpury’s junior football programme manager, said: “I was delighted with the level of this performance. I asked the players for a response from last week after our draw with Tresham and they produced a determined team performance, playing at an excellent intensity which the opposition could not deal with.

“We scored some excellent goals too. This group has a tremendous spirit that spurs them to want to continuously improve and they definitely got the best out of each other in this match.” 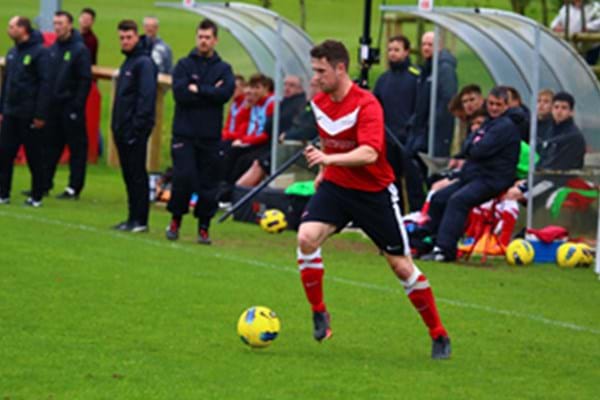