Hartpury students Mustapha Bundu and Lewis Fogg made their debut for the England Schools Under-18s squad yesterday as the team took on Australia Schoolboys in their first fixture of the season.

Despite falling to a 2-1 defeat, both played the entire game with Bundu continuing his fantastic form by scoring another goal. This made it four goals in two games for the 17-year-old, after his recent hat-trick against Sparsholt College in the English Schools’ Football Association (ESFA) Boys Under-18 Colleges Trophy quarter-final.

Full-back Fogg, also 17, has also been a consistent performer for the junior elite football squad, who are riding high at the top of their group in the ECFA Premier League.

Paul Tassell, junior football programme manager, said: “So far it has been a great season for the team and Mustapha and Lewis have played a major role in that. They fully deserved their selections and it’s good to hear that they carried their form for us onto the national stage.”

The England Schools squad’s next fixture is in the Centenary Shield - an annual competition played out between the home nations and the Republic of Ireland. They will entertain Wales Schoolboys at Truro on Friday, February 27th.

In the meantime, Tassell’s side have their ESFA Trophy semi-final to prepare for, when they host Stanmore College on Monday, February 23rd. Hartpury last won the competition in 2010 and will be hoping to produce a performance similar to their quarter-final display, which saw them breeze past the current holders with a 4-1 win.

Tassell said: “The lads are already looking forward to that match and if we maintain our current form, we have a great chance of making it to the final.” 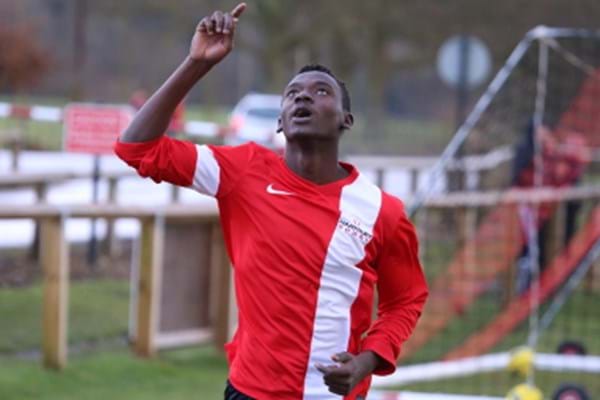