Hartpury’s successful footballers were kitted out in new training tops as they stepped up their preparations for a prestigious international appointment in Italy.

The Under-18s elite team have been selected to represent the English Colleges FA at a major international youth tournament and today received their new training tops for the European adventure from Gloucestershire FA.

The junior elite team have been in fine form this season, currently riding high at the top of their league. They have also advanced through to the semi-finals of the English Schools’ Football Association (ESFA) Boys Under-18 Colleges Trophy, where they will entertain Stanmore College on Monday, February 23rd.

Individual accolades have also followed, with striker Mustapha Bundu and full-back Lewis Fogg making their debut for the England Schools Under-18s squad in their recent fixture against Australia.

They will compete against seven other teams that are either full Under-18s international teams or international amateur teams. Those teams are Romania, Albania, Greece, the Italian National Amateur team, a Lazio representative team, Russia and San Marino.

Hartpury have now been given their schedule for the trip. They will kick off their campaign against Greece on Monday, March 9th, following that up with a fixture versus San Marino the next day. Their final group game will see the college take on the Lazio representative team on Thursday, March 12th, and Hartpury will harbour hopes of reaching the knockout stages at the prestigious tournament.

“Participation in this tournament is by invitation only from the Italian Football Federation and it was a tremendous honour for Hartpury to be invited to play as the English Colleges national team,” said Paul Tassell, Hartpury’s junior football programme manager.

“It is a fantastic opportunity for the boys to represent their country and will be an incredible experience for them competing against such high quality international opposition. We work closely with the Gloucestershire FA and we’re grateful to them for the support they are giving us for the trip.”

David Neale, Gloucestershire FA chief executive, said: “We are delighted to support Hartpury College at this elite tournament. It’s a great honour for the college and shows that through high quality coaching and first class facilities young people can develop to the best of their potential.

“The tournament will be a great experience for the whole squad and we wish Hartpury every success during their time in Italy.” 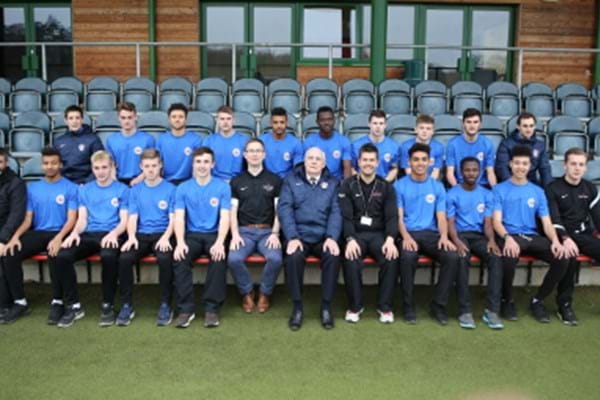