Abbie Brown and Sydney Gregson, who are part of the hugely successful Advanced Apprenticeship in Sporting Excellence (AASE) Women’s Rugby programme at Hartpury, will both make their senior England debuts, lining up at outside centre and on the wing respectively.

Their AASE colleague, Megan Jones, who was also called up to the Elite Player Squad in October, was not in contention for a place in the squad due to a shoulder injury.

Abbie and Sydney, who both play for Bristol, join a trio of former Hartpury students in the starting team. They are Women’s Rugby World Cup 2014 winners, number eight Alex Matthews (Richmond) and fly-half Ceri Large (Worcester) from Drybrook, as well as inside centre Megan Goddard (Worcester) from Churchdown. Bianca Blackburn (Worcester), a former Hartpury A-level student who was also on the AASE programme at the college, has been named among the replacements.

Peter Cook, who heads up the AASE Women’s Rugby programme at Hartpury, said: “I’m absolutely thrilled that Abbie and Sydney have made the starting line-up for the Wales game. Making their senior debuts in such a high-profile fixture is a huge opportunity and I’m sure they will grab it with both hands.

“All the girls on the AASE programme have worked exceptionally hard this season and their development has been outstanding. These call-ups are just reward for all the effort they have put in.

“It’s a proud day for everyone at Hartpury seeing so many of our current and former students joining our ever-growing international roll of honour. It’s testament to the strength of the AASE programme here that it continues to produce such a wealth of young women’s rugby talent.” 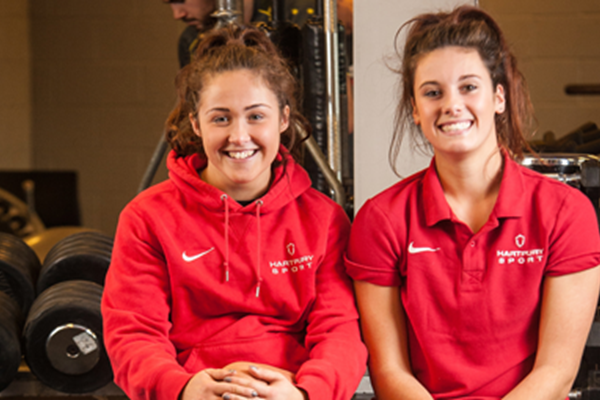