Two current and one former Gloucester-Hartpury rowers claimed top 10 spots after being pitted against Olympic rowing champions as they looked to secure places at April’s Great Britain trials.

Current Gloucester-Hartpury AASE student, Flo Pickles, 18, and former student, Mathilda Hodgkins-Byrne, 20, both found themselves up against Olympic champions but finished as the top Under-23s rowers in their respective categories.

In the Under-18s event, a re-run race eventually saw A-level student Alice Bowyer finish in second place following her win in the same event at the previous trial event. The initial race had to be abandoned after the river’s lock gates were opened part way through the trial, giving an advantage to later starters. Bowyer’s fellow A-level student, Frances Russell, recorded a creditable 25th at her first ever junior trial.

The girls will now be looking to be picked for April’s round of trials which is by invite only and dependent upon results thus far.

While the GB trials were taking place, the remaining members of the Gloucester-Hartpury squad recorded three victories at a City of Bristol Rowing Club event. Despite tough wet and windy conditions, the club saw wins in the Under-18s boys and girls quads as well as the Under-18s girls singles.

Hartpury students Will Kemp, Harry Cox and Ollie Gibbons were joined by Gloucester-Hartpury rower Joe Sankey as they finished top of the pile in the boys quad event.

The event saw Watson and Gibbons both gain their first wins since joining Hartpury’s rowing programme after being selected via the GB Rowing Start Programme which seeks to identify potential future Olympic rowers. 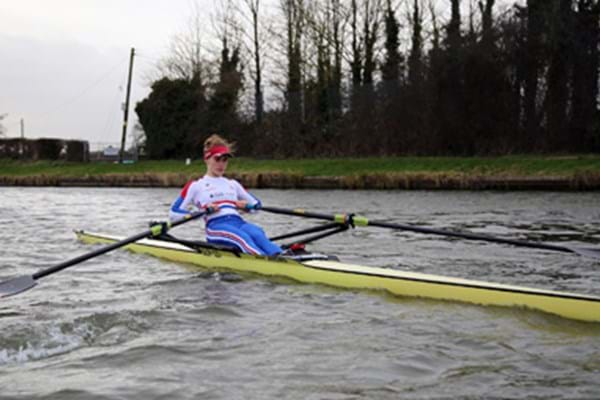