Thirteen current and former Hartpury students have been selected in the England Women’s Under-20s rugby squad picked to face France in the first of two face-offs this weekend.

Flanker Sarah Bern (Esher) will play at openside flanker for the clash on Saturday, February 28th in Bordeaux and will be joined in the starting line-up by her colleague on Hartpury’s hugely successful Advanced Apprenticeship in Sporting Excellence (AASE) Women’s Rugby programme – winger Zoe Aldcroft (Hartpury).

Three of their fellow AASE students have been named on the replacements bench - hooker May Campbell (Bristol), centre Jade Shekells and loosehead prop Georgia Bradley.

Nicholas contributed 10 points in England Women’s Under-20s 25-10 win over the Army that kick-started their season last week. Another former Hartpury student, Amy Cokayne, came off the bench to score a late try but she is not involved this time due to receiving a call-up to the senior squad. Caity Mattinson, who played at scrum-half against the Army and also went to Hartpury, is ruled out with a shoulder injury.

After this weekend’s clash in Bordeaux, the Under-20s will face France again on home soil.

Peter Cook, who heads up the AASE Women’s Rugby programme at Hartpury, said: “It’s fantastic news that so many products of the Hartpury women’s rugby programme have kept their places for this weekend’s game, particularly seeing Zoe (Aldcroft) stepping up to the starting team.

“Georgia Bradley will be thrilled to have been given a place in the squad as she was not even selected for England trials last year – that’s proof of her incredible progress on the AASE programme. All of the girls currently on the programme have taken giant leaps forward in their development and are proud to be following in the footsteps of the talent that has gone before them.

“It makes everyone at Hartpury proud to see so many girls who learned their rugby trade at the college winning international honours.” 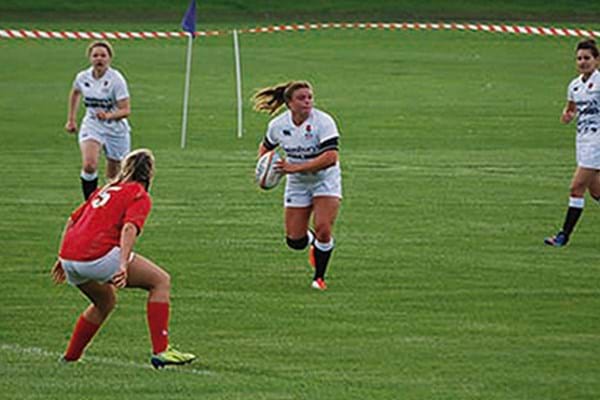