Hartpury’s rowers laid down a marker ahead of the season by dominating the British Rowing Indoor Championships for the second year running.

Fellow A-level student Will Kemp scooped fifth place in the boys’ equivalent event, narrowly pipped to fourth spot by James Mackins, who is part of the Gloucester-Hartpury rowing squad.

Less than three seconds eventually separated the pair with both boys almost neck and neck through the whole race; Mackins finishing in 06.22.7 and Kemp in 06.25.4.

Hartpury’s Rowing Coach, Tom Pattichis, said: “We’ve had another very encouraging year at the indoor championships – hopefully it’s a sign of things to come for the rest of the season. Obviously we still have a lot of work to do but this just goes to show the hard work everyone has been putting in on and off the water. For five rowers to all pick up top-five spots and to come away with a new British record is a great achievement.”

Hartpury BTEC Diploma Sport and Exercise Science student, Scott Jones, who has ambitions to row at the 2020 Tokyo Paralympic Games, had a successful competition debut at the event.

Having only picked up the sport a short while ago and with limited training time, Jones showed his potential with a second place finish behind Paralympic gold and silver medalist, Tom Aggar, in the shoulders and arms event.

Jones has been making a name on the Gloucestershire sporting scene from a young age as a talented multi-eventer with Cheltenham and County Harriers before discovery of a benign tumour that had been growing since birth hampered his sporting career.

Following successful surgery to remove the tumour, Jones had a second operation after which a serious allergic reaction to morphine caused his throat to close up and send him into anaphylactic shock. Three strokes which followed left Jones with brain damage and he’s now prone to spasms in his legs and chest and can no longer walk or bear weight.

Tom Pattichis added: “Scott’s result is fantastic given he hasn’t had as much training as the other programme rowers. This is a strong start to his future and he has proved his potential.

“He had one of the toughest possible starts against Aggar but he stayed focused and determined to finish, claiming a well-deserved silver medal.” 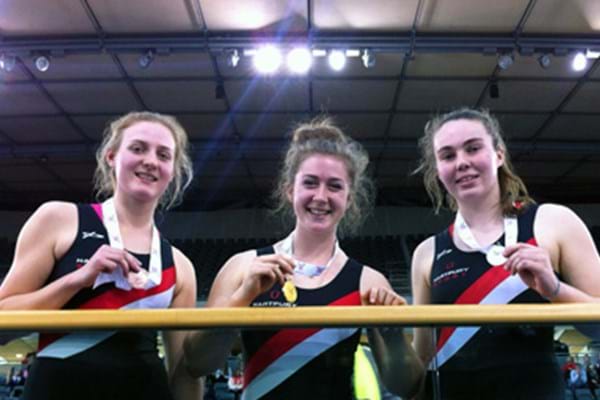