After battling back to take the game into extra-time, Hartpury’s university rugby second team suffered a heartbreaking defeat to Exeter in the BUCS Trophy final at Loughborough.

Trailing 27-20 with only minutes to go, Hartpury worked the ball patiently through phase after phase and the concerted pressure on the Exeter line finally told as winger Cameron Roberts scurried over. An impressive conversion from Sam Westcott took the game into extra-time.

Exeter then struck first with a converted try but a Westcott penalty cut the gap to 34-30 at the interval and the fly-half got Hartpury’s noses in front when he darted over for a try that he converted for a 37-34 advantage.

Hartpury were then faced with an Exeter onslaught and despite a brave rearguard effort, their opponents slotted over two penalties, the final kick coming in the dying seconds to take the spoils 40-37.

Exeter had struck first in the Trophy final, putting over a penalty, but then Hartpury’s Charlie Hubert ghosted throw a gap to score an excellent individual try from 40 metres out. The conversion was missed.

The team from Devon went 17-8 ahead with two converted tries from line-outs sandwiching a Westcott penalty but after a powerful drive set the platform, the Hartpury backs executed a great set play to release Roberts to score in the corner to cut the deficit to 17-13 at half-time.

Hartpury’s Hubert scored from a pick and go early in the second half, using his strong frame to barge over, and with Westcott adding the extras, Hartpury were 20-17 ahead.

It proved short-lived though as a penalty and a converted try put Exeter back in the driving seat at 27-20 before Roberts struck with the late touchdown to take the game into a dramatic extra-time period.

Hartpury’s university second team coach, Tim Stevenson, said: “The boys could not have given any more; they showed immense character to repeatedly battle back from being behind to give us a fighting chance of victory.

“Having worked so hard to take the game into extra-time and then the euphoria of going ahead, it was gutting to have the win snatched from us with a couple of late penalties, but credit to Exeter, they closed out the game strongly.

“Our scrum was a real plus point and we scored some great tries. I’m immensely proud of the whole team, not just for the performance in the Trophy final and the heart they showed, but for the way they have represented the College all season.

“We’ve had a great season in Premier South B and it would have been great to have capped the season with a trophy. It wasn’t to be but the players and coaches know that they gave it everything they had.” 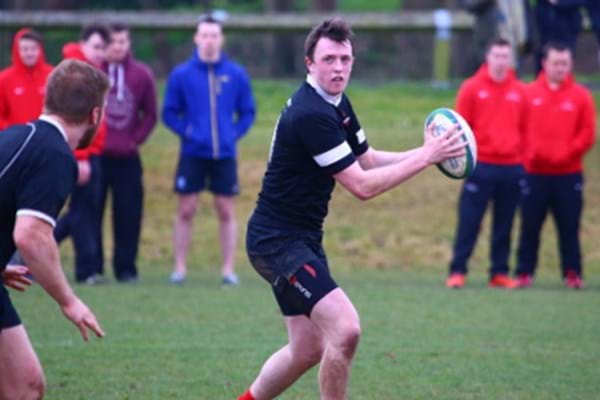