Mitch Botfield’s second half brace sent Hartpury’s university football side to their first BUCS National Championship Final since 2011 as they clinched a 3-0 win at the expense of last year’s beaten finalists Loughborough.

Botfield, who missed the chance for a hat-trick as his penalty was saved at the death, added two goals to winger Ross Staley’s opener in a game in which Hartpury very rarely looked troubled.

Hartpury, who had been knocked out by the same opponents at last year’s quarter final stage, controlled the game for large periods after a scrappy opening 20 minutes which saw several misplaced passes as either team struggled to gain a foothold.

Lone striker Scott Wilson was arguably Hartpury’s best player in the first half as his tireless running gave the away side a hatful of half chances in a first half which eventually ended 0-0.

Midfielder Chris Knowles glanced a header wide after rising above his man well at the back post before skipper Matt Liddiard, deployed out on the right instead of in his usual centre midfield position, chipped through to Wilson. His half volley forced the Loughborough keeper into a good save low down to his left.

Wilson then dragged a left foot shot narrowly wide of the post as Hartpury began to take control in the middle of the park with more good interplay between Liddiard and Botfield setting up Wilson’s shooting opportunity.

The speedy striker produced more good work to win the visitors a corner shortly before half-time which an unmarked Liddiard powered over the bar.

Hartpury began the second half at a much higher tempo than the first and it was Ross Staley who eventually broke the deadlock 15 minutes after the break.

The tricky winger had already had the Loughborough defence backpedalling before shooting narrowly over the bar early in the second half and it was another show of quick feet which led to his goal.

Wilson was again involved as his good hold up play on the left saw the ball shipped out to the right before the striker collected the deep return cross and laid back inside to Staley. He shifted the ball onto his left and fired a low shot across the keeper into the far corner to send Hartpury on their way.

Hartpury had a number of further chances before Staley’s opener with substitute Adam Mann, on for the injured Jordy Nkunga, being almost too precise as he curled a left foot shot from the edge of the area past the keeper only to see his effort cannon back off the inside of the post.

Liddiard then headed straight at the keeper before Wilson sent a bobbling pull back over the bar with a right foot snap shot.

Botfield’s quickfire brace capped off a measured performance for Hartpury. Staley was unlucky to see his effort saved by the onrushing keeper as his quick feet had seen him easily nip past two Loughborough defenders in the box but Botfield was on hand to hammer home the rebound to put Hartpury two clear just before the 70-minute mark.

The midfielder’s second, and his third in two games, was the best of the bunch as with little pressure on him just outside the box, he shifted the ball onto his weaker left foot and picked out the far top corner with the keeper rooted to the spot.

Hartpury continued to pile on the pressure with their visitors flagging and fresh legs through the introduction of Nathan Modest for Jamie Edge and then Brad Hooper and Joe White for the excellent Wilson and Staley saw Hartpury comfortably through to the finish, but not before one last bit of drama.

Substitute Modest was bought down in the box in the dying seconds but Botfield saw the chance for his hat-trick slip away as his penalty was saved by the keeper.

Hartpury will now return to Loughborough on March 25th for the final against cup holders University of Stirling, looking for revenge after the Scottish side knocked them out two years ago at the quarter-final stages. 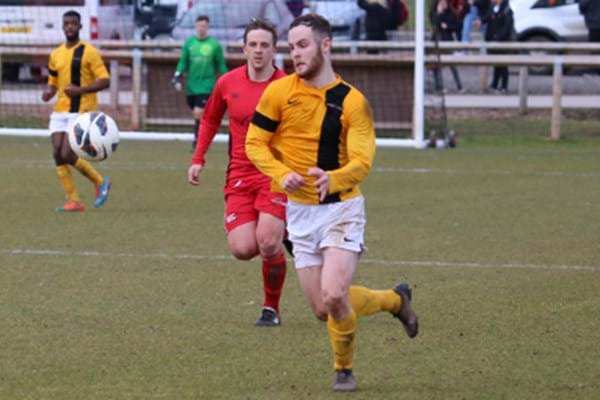