The women’s team have progressed to the semi-final of the competition for the second successive year, having been formed only last season. A strong league campaign has seen the side win four of their six games so far to find themselves in third place in the league.

Katie Edwards has received the highest number of player of the match nominations throughout the season, having played a key role in steering the team to a 3-1 success in their most recent match against Lydney.

The men’s team compete in the second tier of the GVA, with Hartpury student Sean Davies leading the way with two player of the match nominations – the best tally in the division.

Tom Staten, who helps to run the volleyball club, said: “Overall it’s looking to be a good season and it has been great for everyone to get involved.

“The women’s team are in a strong position and if they continue to improve and develop, they have a chance of finishing second, which would be our highest ever finish.”

The volleyball squads are open to both college and university students and staff members are also encouraged to take part, with training on Monday and Tuesday evenings at Hartpury Sports Academy.

Tom said: “Having only been established for a year, I am pleased with the team’s results. The players have grown from strength to strength as the season has gone on.

“In the future, we’ll be working towards making the squads even more successful and hope to recruit new members to both teams.” 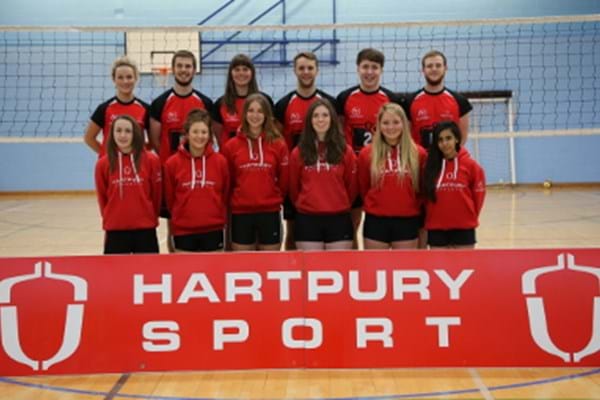