Hartpury’s rugby production line has notched up another international with Alex Craig having been selected for Scotland Under-18s.

Alex, 17, will make his debut for his country against England Under-18s at Kingston Park, Newcastle, on Sunday, March 8th (kick-off 5.30pm). Although he normally appears at second row for Hartpury, Alex will feature as a blindside flanker for the Scotland team.

The game will be the age-grade side’s first competitive match of the season, and forms part of their preparations for the Rugby Europe tournament at the end of March.

It will be a big week for Alex, who will also be part of the Hartpury junior first team contesting the semi-final of the RFU AASE League Championship on Wednesday, March 11th against Truro College at Hartpury.

Hartpury have won the AASE title for the last five years. They are in fact the only team to have ever won the competition. The final will be held at Allianz Park on Wednesday, March 18th.

Hartpury Director of Rugby, Alan Martinovic, said: “This is fantastic news for Alex, who is an exceptional talent, and everyone at Hartpury wishes him well as he makes his Scotland debut.

“He joins more than 100 Hartpury students before him who have played rugby for their country – a record of which we are extremely proud – and I’m sure he will shine on the international stage as he has in the AASE League this season.” 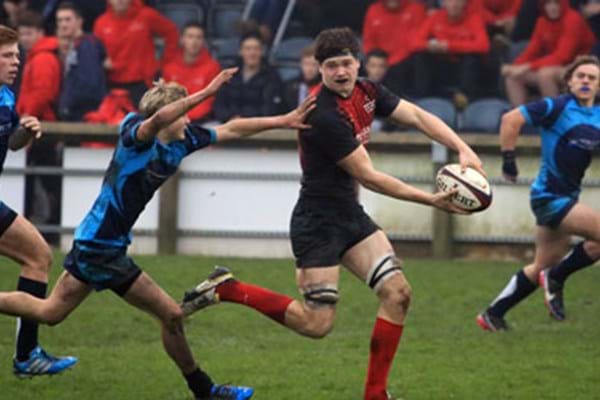