Harry has been selected to represent Great Britain at the Kadlece Memorial International Pentathlon alongside other potential podium athletes from the National Training Centre for Modern Pentathlon in Bath.

He will compete in the junior age group event for 19 to 22-year-olds despite having only just turned 17. The event will take place on April 11 and 12th in Prague, Czech Republic.

Bradley, who is only 16, has also been selected to represent Great Britain, and will compete at the Saint Boi International in Spain from April 24th to 26th as part of the Youth Under-19s team.

Mat Dewey, current Hartpury Modern Pentathlon programme manager at Hartpury, said: “These competitions will be a major step-up in level for both Harry and Bradley and are a huge opportunity for them in their development as international modern pentathletes.

“They have been selected on the back of strong performances at national ranking competitions and they both showed further improvement at the Great Britain Youth International earlier this month. They will be looking to sustain that improvement in these events up against older and more experienced competitors from all over the world.”

Harry and Bradley Sutton took on the best Under-19s in the country at the Great Britain Youth International event in Birmingham, securing ninth and 10th place finishes respectively.

After producing a solid start in the fencing, both performed particularly well in the swimming section with Harry turning out a new personal best by two seconds and Bradley swimming a season’s best by over four seconds. A solid outing in the final discipline, the combined event, saw the Hartpury pair secure an overall top 10 finish.

Both boys have benefited from a funding boost recently from schemes that support the development of talented athletes and are aimed specifically at helping them continue to be selected for high level events.

Reigning European Biathle Champion, Bradley, who was recently awarded the Junior Sportsman award at the Basingstoke and Deane Sport Awards, has been awarded £3315 as part of the Talented Athlete Scholarship Scheme.

His training partner at Hartpury, Harry Sykes, has been awarded £1000 through SportsAid, a scheme which helps several other elite sports students at the college.

This funding allows both Harry and Bradley to compete at the very highest level. Harry was the 2014 Modern Pentathlon Under-17s National Champion while Bradley is the reigning under-17s European Biathle Champion. 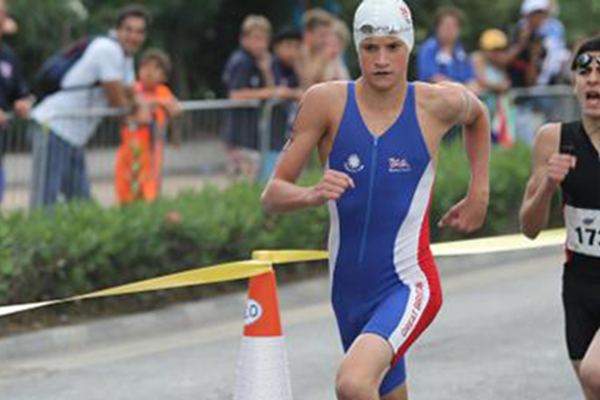