Hartpury’s Under-18s football team have got their Roma Caput Mundi campaign off to the perfect start after securing wins in their first two group fixtures.

After producing a 5-2 win in their first game over Greece on Monday (March 9th) in the major international tournament, Paul Tassell’s side, who are representing the English Colleges FA (ECFA), then saw off San Marino 2-0 to give them a fantastic chance of qualifying for the final.

Two goals from Mustapha Bundu and a goal apiece from Tom Luce, Callam McOnie and Jake Robinson did the damage against their Greek opponents while a professional performance in their second game saw them secure a two-goal victory thanks to efforts from Ryan Davies and Bundu.

Hartpury’s final group game is against a Lazio representative team on Thursday (March 12th), and the squad head into it knowing a win will guarantee their place in the final.

The college were selected to represent the ECFA at the major international youth tournament after securing the ECFA National Championship with last year’s play-off final triumph over Gateshead College.

They are competing against seven other sides that are either full Under-18s international teams or international amateur teams. As well as the three teams in their group, Romania, Albania, Italy and Russia are also represented.

Tassell, Hartpury’s junior football programme manager, said: “It has been a great start to the tournament from the lads and they have performed really well so far. The whole tournament is a fantastic experience for everyone involved and hopefully we can progress to the final and win some silverware.” 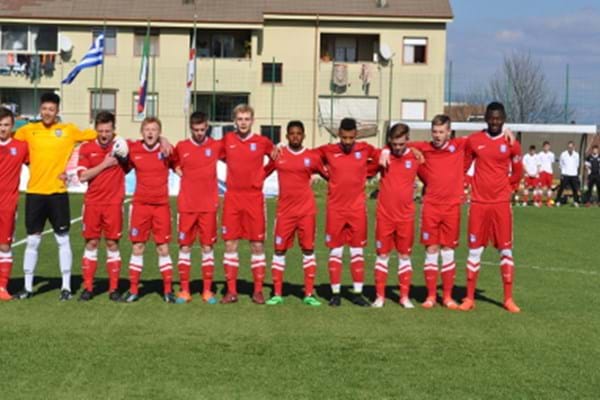