Thirteen current and former Hartpury students will feature as England Women’s Under-20s bid to make home advantage count in their mission to turn the tables on France this weekend.

Sydney Gregson (Bristol), who played on the wing for the England women’s senior side in the first three games of their Six Nations campaign, has been picked at full-back for the clash at Esher RFC on Saturday, March 21st (2pm kick-off).

She will be joined in the starting line-up by her colleague on Hartpury’s successful Advanced Apprenticeship in Sporting Excellence (AASE) Women’s Rugby programme, openside flanker Sarah Bern, who will be playing on her club ground in Surrey as England seek revenge for their 25-0 loss to France in difficult conditions in Bordeaux on February 28th. England had comfortably despatched an Army team 25-10 in their opening fixture.

Two of their fellow AASE students have been named on the replacements bench for the re-match – winger Zoe Aldcroft (Hartpury) and loosehead prop Georgia Bradley (Hartpury/Bristol).

Peter Cook, who heads up the AASE Women’s Rugby programme at Hartpury, said: “This will be great experience for Sydney and Sarah, who are both just starting out on their international careers. It’s an incredible achievement for them when they are still only at college; that’s testament to their talent and commitment. The same is true for Zoe and Georgia, who will desperate for the chance to get involved.

“As a women’s rugby coach here at Hartpury, I take great pride in the fact that our current students are now following in the footsteps of the talent that has gone before them and coming together in the same international teams. After the defeat in Bordeaux, they will know the scale of the challenge facing them but will be determined to give France a much stiffer test on home soil.” 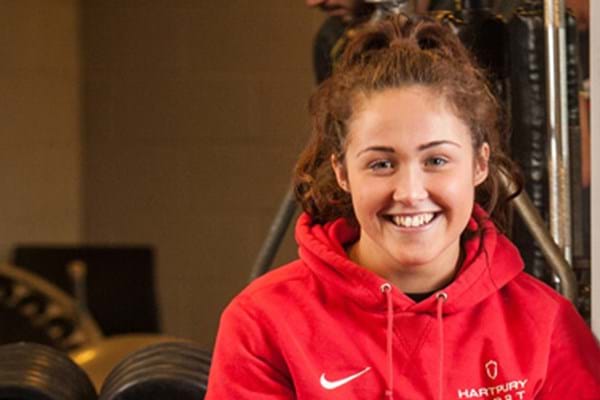