Fronting up to major challenges on a big stage is nothing new for Hartpury's talented rugby stars; but the prospect of training with Stuart Lancaster's England side tomorrow sees that challenge hit a whole new level.

England will be using the session to prepare for their Calcutta Cup clash with Scotland on Saturday, March 14th – the penultimate game in their RBS 6 Nations campaign.

And they will come up against a number of players eyeing senior international honours in the not too distant future, including England Under-20s back or second row Joe Batley, and fly-half Mat Protheroe, who put in a man of the match performance for England Under-18s recently, scoring 11 of their points in a 21-5 victory over France.

Hartpury's director of elite sport, Phil de Glanville, said: "It was a huge honour to be asked by England Rugby to help them in their preparations for the Scotland game. It's a reflection of our reputation as a hotbed for rugby talent that they were confident that our players would be of a high enough calibre to provide them with a good workout at a crucial time in the tournament.

"We've produced more than 100 rugby internationals over the past 10 years, with current student Jonny May the most recent to star for the senior England squad and Hartpury talent currently playing a starring role for the Under-20s and the Under-18s.

"Training alongside the senior England players will be inspirational, not only for our students hoping to one day follow in their footsteps but for the whole of the Hartpury RFC squad as they look to continue to push on in National League One."

Having only been promoted into the division this season, Hartpury RFC currently sit sixth having secured nine wins in their last 10 league outings. Former Gloucester Rugby star, skipper Chris Fortey, will be looking for them to extend that run of good form when they host Blackheath on Saturday (2.30pm kick-off).

Hartpury Director of Rugby, Alan Martinovic, said: "It is a busy time for our rugby squads with National League One commitments and our university and college teams currently competing in the knockout stages of the BUCS and AASE Championships as they look to defend their national titles.

"We will, of course, do everything we can to ensure all of our players maintain their best form and fitness and this run-out against the England senior squad will provide an excellent test for us as we head into the business end of our seasons.

"We will be taking 23 players from the Hartpury RFC squad to the session, including some hugely exciting young student talent, and we're delighted to have been given this incredible opportunity. It's a daunting prospect in many ways but all of the players are looking forward to the challenge." 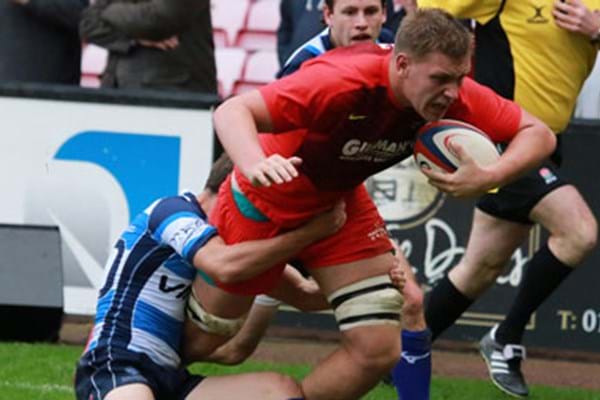