Hartpury’s Abbie Brown has been named on the replacements bench for England women’s final Six Nations clash with France at Twickenham on Saturday (March 21st, kick-off 7.20pm) and you can watch the match live on the BBC red button.

The senior side got back to winning ways last weekend as they scored eight tries in a 42-13 victory over Scotland at the Northern Echo Arena, Darlington. The Women’s Rugby World Cup holders had previously been in disappointing form, losing their opening clash 13-0 to Wales and then going down 11-18 to Ireland at Ashbourne RFC last time out, although they did claim a comprehensive 39-7 win over Italy in between.

Abbie, who is part of the hugely successful Advanced Apprenticeship in Sporting Excellence (AASE) Women’s Rugby programme at Hartpury and plays her club rugby for Bristol, had started at outside centre in all of England’s Six Nations games so far. 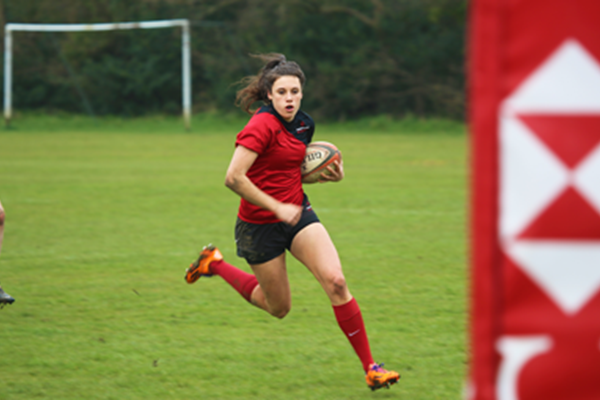