Hartpury’s Under-18s girls made it a hat-trick of titles with another devastating display at the Rosslyn Park Sevens at the weekend.

The college’s Under-18s AASE (Advanced Apprenticeship in Sporting Excellence) A team came away with the cup after topping a round robin group on points difference from Hartpury’s second team who had incredibly taken the spoils in the all-Hartpury affair earlier in the day.

Looking to replicate their success at last year’s event, the girls opened their account with a clinical 54-0 win over Bicton College in the opening group game.

Hartpury’s A team remained unbeaten until both sides from the college faced off in the day’s final game. Hartpury’s second side had already gone down to Bishop Burton College in their opening game but rallied to see off the three other group sides before remarkably taking the scalp of Hartpury’s eventual cup winners.

Both sides came away with identical records from their six group games, winning five and losing one, but it was the A team’s superior points difference - scoring 176 and conceding just 24 in their five games – that clinched them the title.

Hartpury’s AASE Women’s Rugby Manager, Peter Cook, said: “We’re incredibly proud to have defended our title for a third year in a row but the most satisfying thing for me was again having the top two sides in the competition.

“Our sides came away with identical records, only separated by their overall points difference and it just goes to show the strength in depth of the programme we have here at Hartpury.

“None of the players have to worry about their skill levels or fitness when it comes to the faster, more open game of Sevens. The maturity shown by both squads to stick to the gameplan in each match and adapt on the field is the one thing that really stood out for me.”

Hartpury’s men’s side were unable to make it a double celebration after surprisingly exiting at the quarter-final stages, losing out to eventual winners Wellington and semi-finalists Sherborne School in their group.

Having won all five games during the group stages on the Friday morning, Hartpury were narrowly beaten 10-5 by Wellington before going down 31-12 to Sherborne in their second quarter-final group game. 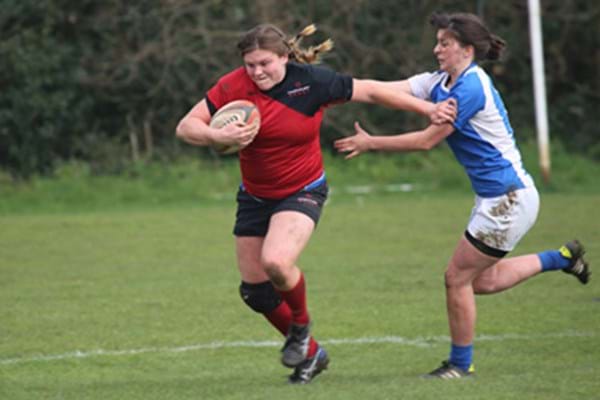