Jessica, 18, who went to Cheltenham Ladies College, is on the AASE Equine Advanced Apprenticeship in Sporting Excellence (AASE) provided by British Dressage and British Eventing and run exclusively at Hartpury.

Representing Australia, she produced high scores at the prestigious Addingon Manor event and clinched a second place and two third places at International Young Rider level, scoring 72.8% in her freestyle to music class.

Other Hartpury AASE students who were selected to represent Great Britain at Addington were Emily Hedger in the Juniors category and Heidi Fellows and Lucy Pincus, who both competed in the Young Riders category.

Talented young eventer, Harry Harding, 17, who is also on the AASE programme with Hartpury, was also in action for Great Britain last weekend, producing an excellent 24.7 dressage score at Aldon International in the Under-21s Intermediate category.

Hartpury Equine Academy Director, Nick Burton, said: “It’s proving an exceptional year for our Academy and AASE riders, who are continuing to go from strength to strength. To achieve such high placings and scores at international competitions is testament to their talent and commitment.

“We’re proud to be supporting these riders, who are the future of international dressage and eventing, in their development.

“Harry is thrilled with his showing at Aldon. Tarmac Adam is the horse Harry represented Great Britain on at last year's Junior European Championships and he’s eligible for selection again this year. After his impressive start to his season, his future is looking very bright.”

The Equine AASE apprenticeship puts talented young riders based all over the country on the right path to succeed at the very highest level. Apprentices and their horses benefit from the support of mentors who have played a starring role in the equestrian world - as competitors and coaches. 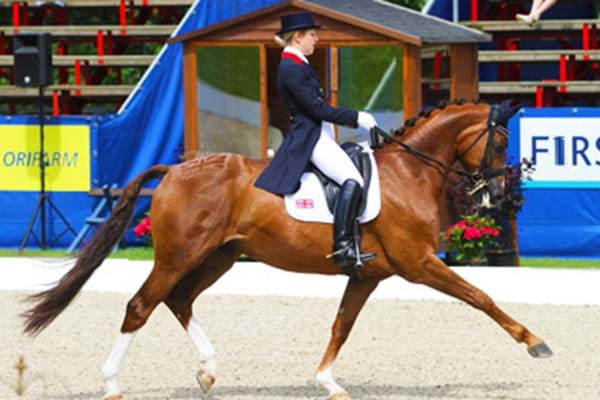