The Webb Ellis Cup is heading to Hartpury as the countdown begins to this year’s Rugby World Cup.

The Rugby World Cup Trophy Tour will begin on June 10th – 100 days before the opening match – with rugby’s greatest prize visiting the College on July 15th as part of a three-day tour of Gloucestershire.

Travelling through Scotland, Northern Ireland, the Republic of Ireland, Wales and England, the Cup will eventually arrive at Twickenham Stadium on September 18th ahead of the Opening Ceremony.

Excitement is already growing among the Hartpury community ahead of the six-week Tournament, with the College also set to be a Team Base in the Autumn. The Scotland and USA teams will use Hartpury’s facilities for training and match preparation.

Hartpury Principal, Russell Marchant, said: “We’re now busy planning for a series of exciting events in the build-up to the Tournament that will get local people of all ages involved and give them the opportunity to build unforgettable memories as part of their own Rugby World Cup 2015 story. We’re looking forward to releasing more details in the coming weeks.

“Being a Team Base for the Tournament and having the Trophy come to Hartpury is an incredible opportunity and one we are determined to make the most of. We’re training students up as Rugby World Cup ambassadors and honing their coaching and refereeing skills and working with local schools.

“We’re also focusing on giving the local community the chance to benefit from Gloucestershire and Hartpury being at the heart of the build-up and celebrations for Rugby World Cup 2015.”

England Rugby 2015 also announced today that Gloucester, as a host city for the Rugby World Cup, will host an Official Fanzone at Gloucester Docks. More than one million people are expected to visit Fanzones throughout the Tournament, which will include big screens, entertainment, food and drink and rugby activities. They will be open on matchdays and free to enter.

Further details on the Rugby World Cup Trophy Tour and the events running as part of it will be announced over the coming months at rugbyworldcup.com/trophy-tour

Debbie Jevans, Chief Executiveof England Rugby 2015, said: “The countdown to Rugby World Cup 2015 is on and fans can now really begin to plan their Tournament experience. The Rugby World Cup Trophy Tour will be the perfect opportunity to excite and engage fans across the UK and Ireland and make 2015 feel like the year of the rugby nation.” 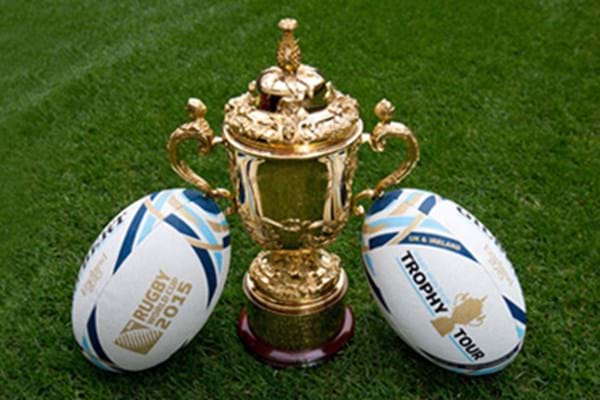