Hartpury’s sports team are reaching the business end of their respective seasons, and three teams now have a final to look forward to after Wednesday’s fixtures.

The university football firsts have reached their first BUCS National Championship final since 2011 after coasting past Loughborough in the last four.

Two goals from midfielder Mitch Botfield and a strike from winger Ross Staley ensured a 3-0 win over last year’s beaten finalists and the side will now face Stirling firsts on Wednesday, March 25th. You can read the full match report of the semi-final here.

The rugby Under-18s first XV progressed to their sixth AASE League Championship final in as many years after a handsome 49-14 victory against Truro and Penwith College firsts. (Read the full match report here).

The team now head to Allianz Park on Wednesday, March 18th, where they will face Filton College with Hartpury looking to maintain their record of winning the competition every year since it started.

And Hartpury’s university second team also booked their place in the final with a convincing 79-11 win over Aberdeen firsts in the BUCS Trophy.

The BUCS rugby first XV fell to Leeds Beckett Carnegie University in their National Championship semi-final clash 28-17, with their opponents gaining revenge from last year’s Twickenham final defeat. You can read the full report from the game here.

Hartpury’s netball seconds were also in semi-final action as they lost to Oldham Sixth Form firsts 65-25 in the AoC National Plate.

Elsewhere, the university rugby thirds came up short against University of South Wales Pontypridd and Cardiff firsts by eight points in the BUCS Western 2B division, succumbing to a 20-12 defeat. Meanwhile, the women’s firsts produced a 33-14 win over Aberystwyth firsts in BUCS Western 2B. The Under-18s seconds beat SGS Filton seconds 64-3 in the AoC Premier League.

In the football, the BUCS third XI lost to Cardiff firsts 2-1 in BUCS Western 2B while Hartpury Athletic secured their second successive title with a 2-1 away victory over Marjons firsts in BUCS Western 5A. The Under-19s thirds were involved in a seven-goal thriller against Heart of Worcestershire-Redditch firsts, coming out 4-3 winners in ECFA West Midlands Category 2C. The Under-19s fourths took on Worcester fourths in the same competition and fell to a 2-0 defeat. 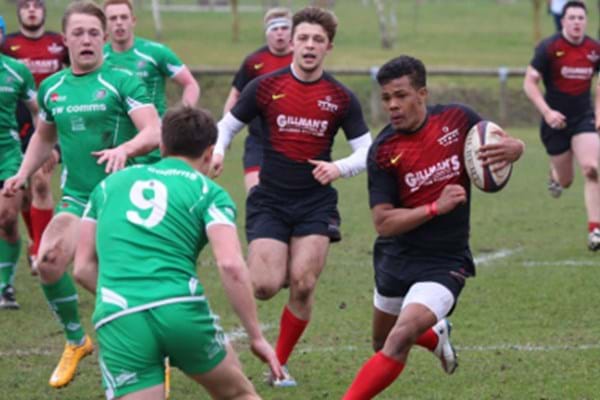