The team finished runners-up in their group, advancing to a semi-final with Greenhead College – a repeat of their recent National Schools final – which they lost before securing fourth place through a play-off.

Hartpury, without influential goal attack Paige Reed as she was busy securing her England Under-19s spot at trials, started brightly by beating Wyggeston Sixth Form 21-11. They were then made to battle for their second win of the weekend as Winchester’s Peter Symonds College fought them all the way but Hartpury eventually secured a 20-17 win.

The girls quickly bounced back with a convincing 34-19 win over Gateshead College to ensure they would advance to the second day and the final four of the competition as runners-up in their group.

Hartpury had advanced with a strong defensive record and it was quickly put to the test as the country’s top side took a 13-6 at half-time. Despite a strong performance, Hartpury were unable to stop Greenhead’s shooter, who sunk every chance that came her way as the Yorkshire and Humberside representatives advanced to the final with a 23-12 win.

Already guaranteed fourth place, Hartpury went into the play-off game seeking revenge over Truro and the game was closely contested throughout. Both sides were locked at eight apiece at the halfway point and it wasn’t until a series of misplaced Hartpury passes late in the second half saw their Cornish rivals pull away to take bronze with a 20-15 win.

Head coach, Sarah Pretty, said: “It was disappointing not to pick up a medal but to have finished in the top four college sides in the country is a massive achievement. I think on another day we could have gone further but the girls have a lot to be proud of.

“It was a strong defensive performance throughout and there will be a lot that this young squad can take from today and use moving forward.” 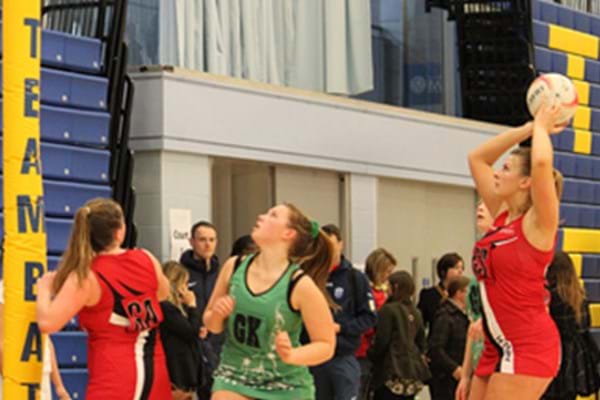