Gloucester-Hartpury women’s rugby coach Susie Appleby admits she never imagined reaching a national final in their debut season, but is relishing the chance of potential cup glory as her side prepare to face Kendal Ladies on April 11th (kick-off 1.15pm).

The newly formed side have marched unbeaten through their first season to the cup final, which will take place at Lichfield RFC’s ground.

“I’d hoped that we could do well in the cup but I never imagined when we started up that we could reach a final in our first season,” Appleby said.

“This is a real opportunity for us to show what we’re capable of and to put Gloucester-Hartpury on the map.

“We started off with only a few players and were competing as best as we could in our friendly games but the squad has worked hard all season, improving at every opportunity and now we have the chance to end on a real high.

“I don’t know a great deal about Kendal but they must be a strong side to have made it this far and I’m expecting a really tough game. The whole squad has really stepped up in the last few games and it’s going to be a hard decision to pick my match day squad.”

Appleby’s side cruised into the final with a 24-0 win over previously unbeaten Teddington Antlers and the former England Women’s player is hoping her side can do the same against another side who sit top of their league with a strong winning record.

“There’s a lot of excitement around the squad at the moment and everyone has been working really hard,” she added. “We’re looking forward to it and it should be a great day with five other games also taking place.

“For some of the girls this will be the biggest game they've played in and I hope the experience will help us to kick on into next season when we’ll be entering the league system. We’re just waiting for the RFU to let us know which league.”

Both teams come into the match on the back of respective wins; Hartpury beating Teddington in their semi-final outing while Kendal triumphed over Garstang Ladies in their league campaign. 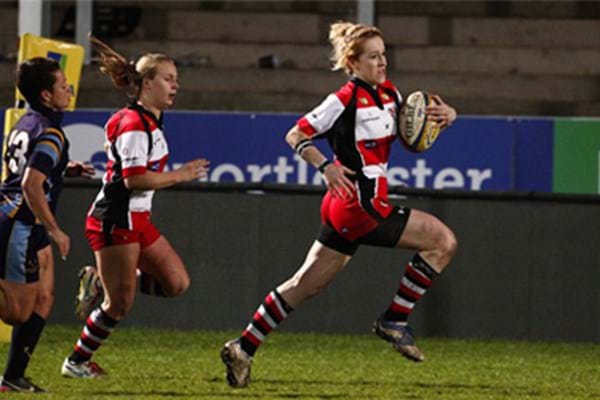