A trio of Hartpury students were able to showcase their auctioneering abilities for the first time as they put their skills to the test at the National Young Show Stars Challenge 2015.

Dan Tate, Jake Roberts and Jack Lilwall competed against a host of full-time auctioneers at the Three Counties Showground in Malvern and the Hartpury students made an instant impression, with the latter finishing in third place while Dan and Jake finished just a position behind in joint-fourth.

The three students each took control of the gavel to sell general farm equipment and livestock to members of the public in a mock auction ring style, having also had to place an initial value on the items before attempting to auction it off.

The competition also involved a written piece, interview and stock judging, which allowed the competitors to display their knowledge and abilities in a variety of different areas.

Felicity Coates, an Agriculture lecturer at the college, said: “It was a great day for Dan, Jake and Jack and they all performed fantastically well. They learn about stock judging, breeding and selling as part of their course at Hartpury and it is important for young people entering the industry to understand the value of stock and products of the farm.

“The opportunity for the students to put what they’re learning into practice is in an invaluable experience and offers an insight into potential future career paths once they finish their studies.” 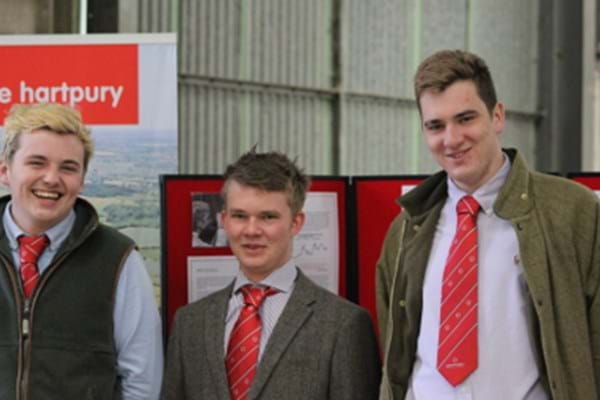