Hartpury’s preparations for the Rugby World Cup are gearing up with the College getting set to play host to a major primary schools tag rugby tournament.

Twenty primary schools will descend upon the college next Wednesday (April 29th), vying to be crowned champions of the county after qualifying for the finals from preliminary events over the last few months.

The finals day has been planned and organised by Hartpury students in conjunction with Active Gloucestershire, and the day will see BTEC Level 3 Diploma Rugby students referee, touch judge and steward the event as part of their course.

Alun Richards, a sports lecturer at the College, said: “The students have been learning about how to organise a sports event so to play a part in planning and then helping to run this tournament is really beneficial.”

Hartpury also has four students involved in the Youth Sport Trust School Rugby Ambassadors programme, whose aim is to generate engagement in rugby for schoolchildren across the country.

Owen Smith, Charlotte Pye, Jack Combes and Harrison Clutterbuck, who are students on the rugby programme, have been given the mission to build excitement across the county heading into the Rugby World Cup, with the tag rugby finals their first main project.

Richards added: “These four students have the chance to use their leadership and communication skills to inform and excite other students and young people about rugby and the Rugby World Cup 2015 through events, assemblies and competitions. They are working hard to engage the Hartpury community as well as other colleges and schools.

“It’s a great opportunity for the students to develop some key skills throughout the ambassador programme and become role models for the college.”

This event will kick-start Hartpury’s Rugby World Cup celebrations, with the Webb Ellis Cup then making a stop at Hartpury College on July 15th as part of its three-day tour of Gloucestershire.

The College is also set to be an official ‘Team Base’ during the tournament, with Scotland and USA primed to use the facilities for training and match preparation in the autumn.

Hartpury Principal, Russell Marchant, said: “We’re now busy planning for a series of exciting events in the build-up to the tournament that will get local people of all ages involved and give them the opportunity to build unforgettable memories as part of their own Rugby World Cup 2015 story.” 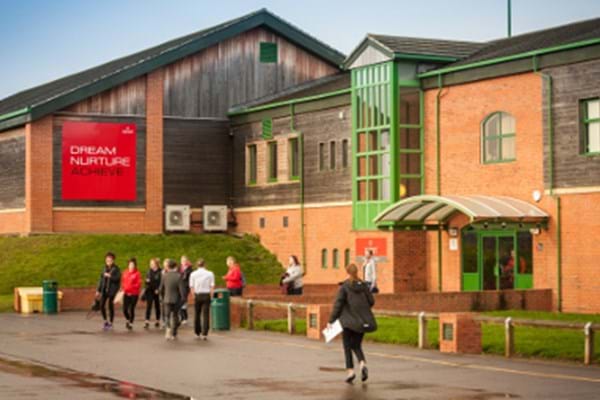