A last gasp Alex O’Meara try crowned Hartpury the BUCS Sevens champions for a third time as the university side overcame Cardiff Met in yesterday’s final.

Having missed their opening game due to traffic problems, Hartpury still cruised through the group stages with wins over Durham and Bath putting them top of their pool.

Group B runners-up, Exeter University, were then brushed aside at the quarter-final stage of the competition before Hartpury overcame a tough encounter with Bristol University in the last four.

A tight and competitive game saw Hartpury come away winners and set up a final clash with Cardiff Metropolitan University for the title.

Having finished as plate winners last year, Hartpury were able to go one better this time as O’Meara’s late try handed Hartpury a 17-12 victory over their Welsh counterparts.

Victory sees Hartpury qualify to represent England at the University Red Bull Sevens, which will take place on September 26th in Bath.

The side will be up against teams representing Wales, Ireland, Scotland, France, Italy and a guest nation which has yet to be decided.

Hartpury coach, Jaike Carter, said: “Despite getting off to the worst possible start by missing our first game, the boys showed their quality and character when given the chance and we’re delighted to have picked up a national sevens title.

“We’re even more excited to have been selected to represent England at the Red Bull Sevens and we can’t wait to pit ourselves against some of the best sevens sides from around the world,” coach Frazer McArdell added. 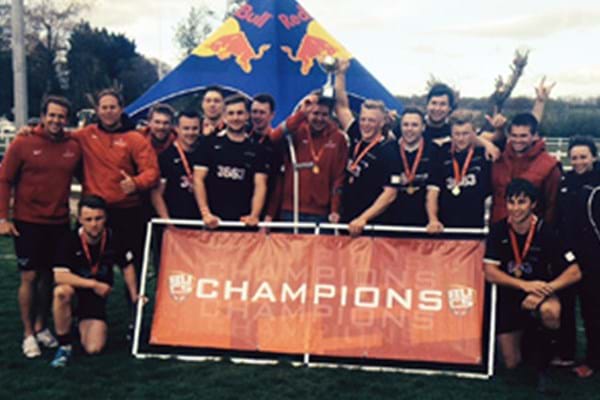