Making up the team of four, which also included Poppy Finlay from Bournville College and Ciara Kelly from King Edward VI College Stourbridge, the format of the competition was three out of four scores to count towards the total team score over 18 holes.

Finlay returned a very good four over par 77 in testing conditions and Tara, who is a member of Hartpury’s Elite Golf Squad, returned the second best score for the team with an 81, followed by Kelly’s 82. Courtney, who is due to continue her golf career at the prestigious Stirling University in September, returned a respectable 83 and although her score didn’t count, the team still won by a very impressive 15 shots from the South West region.

Both girls are making good progress and will now take their good form and increasing confidence with them into the Intercollegiate Tour National Finals at St Anne’s Old Links in the middle of May. 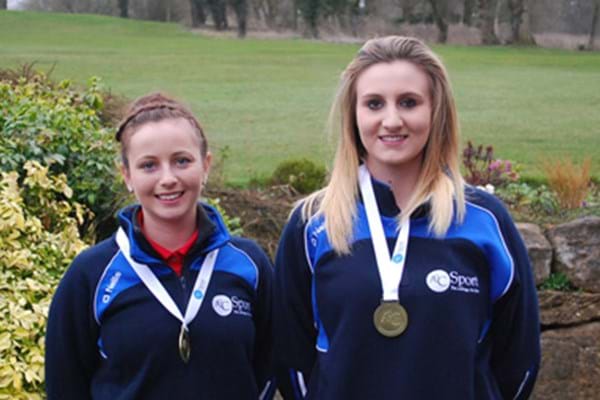