Hartpury’s sports teams were back in action for the first time since the Easter holidays, with the netballers making it through to yet another national semi-final after the junior firsts came out with a convincing 63-29 win against Exeter firsts in the AoC National League play-off quarter-final stage.

The junior seconds were also successful in their AoC West Midlands League Cat 3B encounter against Coleg Gwent Crosskeys firsts, coming away with a 44-36 win.

The football Under-19s first team advanced to the semi-final stage of the ECFA Premier League play-offs with a 2-1 victory over Milton Keynes College.

Goals from Nathan Summers and Mustapha Bundu ensured Hartpury took the spoils in their quarter-final tie and you can read a full match report here.

Elsewhere in the football, the Under-19s seconds were 6-0 winners in their ECFA Premier League Cat 2 fixture against Walford and North Shropshire firsts while the Under-19s third XI edged their game against Codshall High School seconds by a solitary goal in ECFA West Midlands League Cat 2C. The Under-19s fourths were in action in the same division and they drew 3-3 with South Staffordshire firsts.

In the rugby, the Under-18s second XV fell to Myerscough firsts in the AoC quarter-finals 30-16 while the college thirds were desperately unlucky to fall in their last eight home tie after a 26-26 draw with South Gloucestershire and Stroud firsts saw their opponents progress via the away rule. 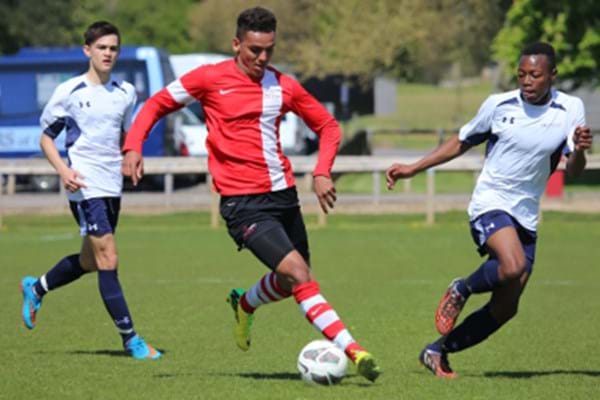