Hartpury amateur golfing starlet Kieran Sutton saw off competition from more than 50 professional golfers to claim top spot in the most recent round of the Forest of Arden Golf Club’s Winter Series.

Sutton, 18, fired a final round five-under-par score of 67 around the former European Tour venue near Birmingham to claim the spoils and a £500 winner’s cheque.

The Level 3 Extended Diploma golf student finished four shots clear in the final of six events held at the club, holding off the challenge of professionals including the likes of former Ryder Cup player, Paul Broadhurst.

It was a day to remember for the young golfer as his final score also bumped him up the Order of Merit leaderboard and into a share of sixth place alongside Broadhurst. He was also the highest placed amateur in the competition.

Sutton’s four counting stableford scores (from six rounds) of 29, 36, 31 and 42 put him two shots clear of the next closest amateur.

Sutton has shown his prowess before, lighting up last year’s Gloucestershire Schools Golf Championships with a six-under-par 63 to secure both the nett and gross divisions at Lilley Brook Golf Club in Cheltenham.

He was also part of a four-man team which swept aside the competition in the South West Schools Championships as his team stormed to a 16-shot victory, helped by his winning 36 hole winning score of 3 over par.

Hartpury’s golf programme manager, Rich King, said: “Kieran has shown his potential to compete with the professionals, not just for one round but over several events and deserves his position high up on the order of merit.

“He’s performed very consistently during his two years with us and always works hard on his game. He’s a bright, young player with a good future ahead of him.” 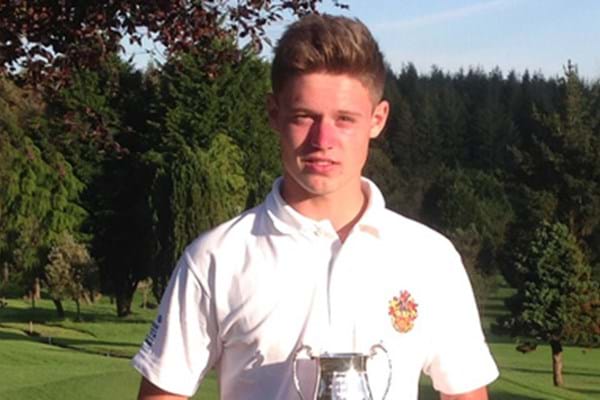