A Hartpury College student is making a big impression on the track after representing Great Britain for the first time at a recent international athletics meeting.

Mollie Courtney was named in the Great Britain Under-20s squad for the prestigious Loughborough International last week and the 17-year-old produced a personal best time of 13.87 seconds in the 100 metres hurdles as she took on athletes much older than her to finish in sixth position.

Her recent performance adds to the blazing start she has enjoyed this season, after becoming England Under-20s champion at the 60m hurdles in March.

Mollie said: “It was a surreal moment for me and it felt like a dream when I opened my GB kit! I was the youngest competing in the event but I think that always brings out the best in me and it definitely helped me produce a new personal best.”

Mollie is a student on the Level 3 Extended BTEC Diploma Animal Management course, meaning that she swaps Hartpury’s animal menagerie in the day for her training spikes most evenings as she looks to qualify for the Junior European Championships.

“I have always had a passion for animals, which is why I chose to study at Hartpury as I get the chance to work with a wide range of them throughout my time here,” Mollie said.

“I really enjoy my course and although it’s always hard work trying to juggle my college work with athletics training, I’ve been doing it since school so I’m used to it now!”

The qualifying time for the Junior European Championships is currently set at 13.70 seconds and Molly is just 0.17 seconds shy of booking her place for the competition in Sweden this July.

Mollie added: “My coach and I were hoping for improvements this year and thankfully I’ve produced them. Hopefully I can continue to push on and produce a time below the qualifying mark.”

Since being introduced to athletics by her older sister at the age of 10, Mollie has gone on to represent England four times and in international competitions in the high jump, finishing in fourth place at last year’s England Championships.

She said: “I never expected to do this well in athletics when I started but I am taking it a lot more seriously now. I plan to keep competing for as long as I can and would love to be a professional athlete.

“I’d love to become professional and combine it with a career working with animals but for now I’m just going to carry on improving, to hopefully achieve more international selections and then we’ll see what happens in the future!” 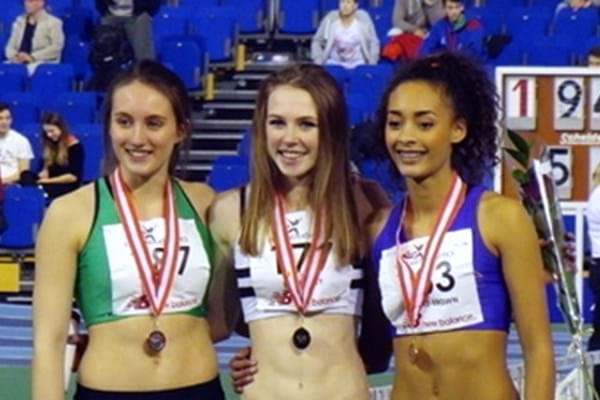