Rowing alongside Reading University’s Lucy Cruxton in the lightweight Under-23s double sculls, Pickles – a Pates school student – was selected for the regatta following a strong showing at the senior Great Britain trials in April.

The 18-year-old finished eighth overall in the women’s lightweight single, qualifying her as the top Under-23s rower at the trials in Caversham to secure her seat at the German competition.

Following her double gold medal haul, Pickles will now be turning her attention to achieving final selection for the team which will represent Great Britain at the Under-23s World Championships, which will be decided in June.

Former Hartpury student, Mathilda Hodgkins-Byrne, also impressed at the senior Great Britain trials as she finished seventh overall in the women’s heavyweight single. The result saw Hodgkins-Byrne, who has been training part-time with the senior GB squad, finish in the top two for the Under-23s category.

Hartpury rowers continued their success at the Junior GB selection trials the following week as first year A-level student, Frances Russell, improved her February placing with a top 12 finish in the most recent round.

Alice Bowyer, who finished top of the pile at two previous trial rounds was unfortunately absent through injury but recently made a winning return with the Gloucester-Hartpury women’s quad crew at the National Schools Regatta. Both rowers will be hoping to be part of the final selection trials which take place in July.

Hartpury’s Rowing Coach, Tom Pattichis, said: “All the results at both senior and junior trials have been really promising so far. It’s great to see current rowers as well as our former students doing so well at international trials and also winning events at international level. Hopefully we’ll see even more Gloucester-Hartpury rowers selected for Great Britain in the future.” 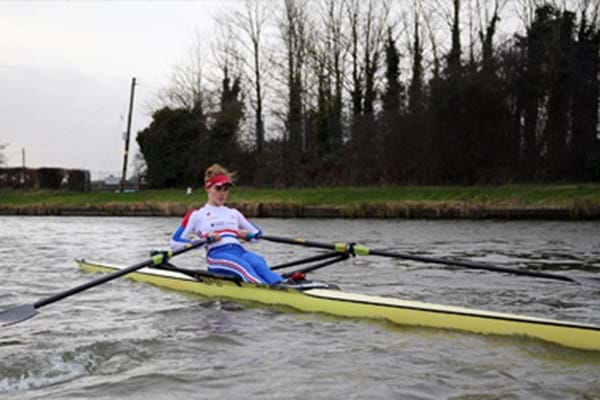