The Swansea-born player, equally competent at fly-half or full-back, has deservedly earned rave reviews for his performances this season for Hartpury RFC in National League Division One and made his Aviva Premiership A League debut for Gloucester against the Sale Jets in January.

He also played a starring role as Hartpury’s college rugby side romped to the Under-18s AASE League national colleges title for the sixth successive year this season.
Selected for England Under-18s, Mat produced a Man of the Match performance in their 21-5 victory over France on his debut.

Despite his youth and inexperience, Mat had attracted interest from other top Premiership sides and Director of Rugby, David Humphreys, admitted that he's very pleased that Protheroe has committed his rugby future to Gloucester.

"We're delighted that Mat has decided that Gloucester is the place for him to continue his rugby education and over the next few seasons, we look forward to helping him realise his potential as a rugby player in Cherry and White.

"He will continue to build his rugby experience playing and training alongside James Hook, Billy Twelvetrees, Jonny May and other quality international players."

"His performances for both Hartpury College and Hartpury RFC were bound to attract interest from other teams, so it's a huge boost for the club that he's chosen to sign with Gloucester. Having watched him a number of times throughout the course of the season, his confidence with the ball in hand and his ability to beat defenders mark him out as an outstanding talent.

"Mat is one of a number of excellent prospects who are coming through the Gloucester Academy, players who we believe have the ability to provide the backbone of the Gloucester team for many seasons to come.

"Joe Batley, Elliott Creed, Lloyd Evans, Lewis Ludlow, Dan Thomas, Ollie Thorley and Harry Wilson have all already represented Gloucester at different levels this year and, with many senior players away at the Rugby World Cup next season, they will play an important role in getting the new season off to a good start." 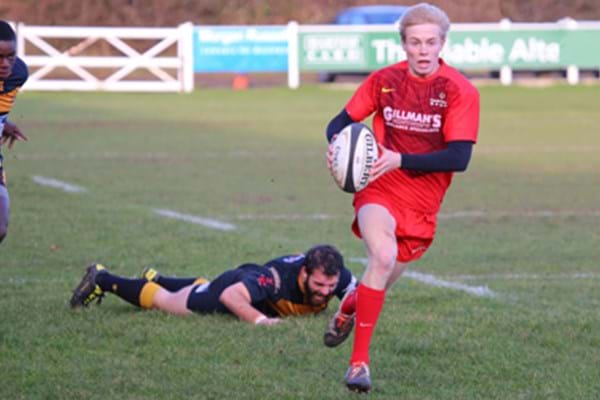