Hartpury’s netballers are celebrating after adding a national title to their already successful season following victory in the Association of Colleges (AoC) Netball Superleague play-off final.

Sarah Pretty’s side racked up more than 100 goals across their two games as they stormed to the title at the University of Wolverhampton’s Walsall Sports Centre.

Having reached the finals unbeaten and having overpowered rivals Exeter 63-29 in the round prior to the finals, Hartpury came into the event in good form.

Southend-on-Sea’s Seevic College sprung an early surprise, taking the game to their Gloucestershire opponents. With Hartpury having beaten Seevic earlier in the season, the Essex side came out firing early on in the game before a quarter-time team talk turned things around for Hartpury.

Fielding the same side which had finished second at the National Schools competition in March, Hartpury were eventually able to overpower their semi-final opponents to triumph 55-38 and set up a clash with London side Barking Abbey.

Barking Abbey, having already knocked out Hartpury’s close rivals, Truro College, pushed Hartpury all the way in a close fought game which Hartpury led by five points at the end of every quarter before eventually pulling away in the final minutes to win 50-43 and claim the title for the first time under the new AoC format.

Head coach, Sarah Pretty, said: “This has been an excellent season for us and to cap it off with a national title is just amazing. The girls have all worked so hard and they deserve everything they’ve achieved on the effort they have put in this season.”

Hartpury last won this same title when it came under the old British Colleges Sport name back in 2012. This season, the side have finished as runners-up in the England Netball National Schools as well as securing a top four finish in the AoC National Colleges to cement themselves as one of the country’s top sides. 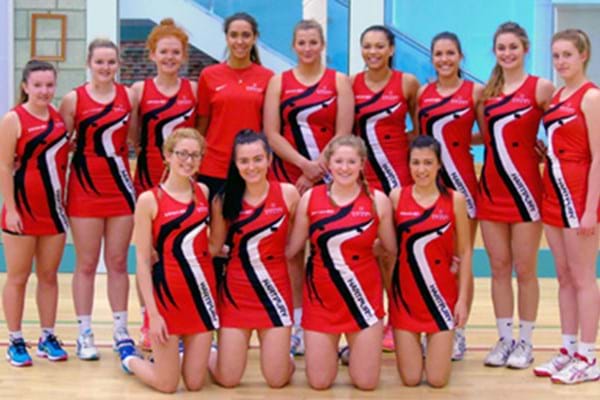