Interested in building up your business network while watching some scintillating rugby sevens action? Then Hartpury is the place to be on May 16th, 2015.

As hundreds of players looking to emulate the success stories of Hartpury’s international sevens stars Jaike Carter and Dan Norton descend on Hartpury for the sevens tournament, the college is also linking up with tournament organisers, 7 Bamboos Rugby, to host a free Gloucestershire Rugby Business Network event.

In between catching the free rugby action, which kicks off at 10am and will run until around 5pm, business people with a passion for rugby are being invited to the Rugby Business Network event, which will run in the Sports Academy between 12pm and 2pm. At the informal event, business people with an interest in rugby will get the chance to network, listen to a guest speaker and enjoy a complimentary lunch.

You can sign up for the event and ask any questions by e-mailing mail@7bamboosrugby.com

On the pitches, 24 teams look set to battle it out for the grand prize in both a men’s and women’s competition. Hartpury will field teams in both sections of the tournament, while a Gloucester-Hartpury women’s team will also line up this year, aiming to build on their national junior cup success in their inaugural season.

The clubhouse will also be open for spectators to enjoy the social side to the day and will be showing Gloucester Rugby’s clash with Bath at the Rec on Sky Sports. The tournament is being organised and run by 7 Bamboos Rugby – the company set up by Hartpury graduate Max Lueck to provide sevens coaching to school, help grow the game and run successful sevens tournaments and teams and training sessions.

He said: “It promises to be a fantastic day combining exciting, fast-paced rugby with the chance to network with like-minded business people from all around Gloucestershire and beyond.

“We’re really excited to be adding the Rugby Business Network event to our action-packed programme this year and I’m sure this will be the start of even more exciting developments and additions as the Hartpury Sevens continues to grow.

“The Hartpury Sevens provides an excellent opportunity for spectators to see the shorter, fast-paced format of the game being played by some of the county’s up and coming talent and its set to be bigger and better than ever before. With 24 teams ready to show us their silky sevens skills on the day compared to 17 last year, word has clearly got out about the quality of the competition and the teams on show.

“Let’s hope we can unearth the next Dan Norton or Jaike Carter, who both sharpened their sevens skills at Hartpury.” Hartpury has produced more than 100 rugby internationals in 10 years and a host of former students are currently plying their trade in the professional ranks. Hartpury Sport lecturer, Spain sevens’ Jaike Carter, and England Sevens’ second all-time top try-scorer, Dan Norton, are among that impressive array of alumni.

The Rugby Business Network is the world’s biggest and most influential business network for people with a passion for rugby.

It is a not-for-profit organisation that connects senior business people who share a passion for rugby in the hope they can justify making a sustained commitment to the rugby community. The Gloucestershire branch covers the Gloucester, Cheltenham and Bristol area.To keep up to date with the Hartpury Sevens action throughout the day, follow @7BamboosRugby on twitter 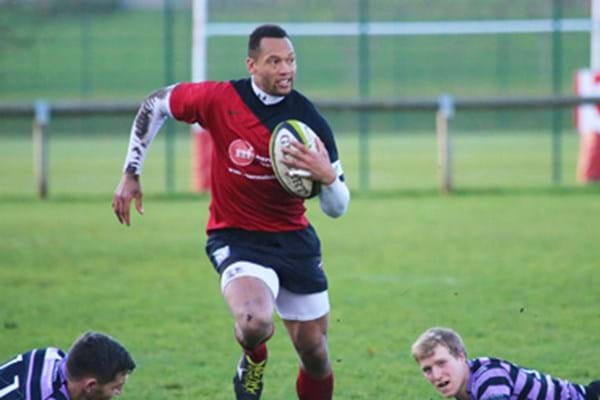