We congratulate to Sebastian Negri, who has followed up his award as the Hartpury ‘BUCS’ rugby Player of the Season with selection for the Italian ‘A’ squad for an upcoming series of international matches in Tbilisi, Georgia.

Sebastian, who is just completing the first year of a Sports Business Management degree at Hartpury, came to us from Hilton College in South Africa, via a season with the Western Province Academy based in Cape Town.

In choosing to study and play his rugby at Hartpury, he is following in the footsteps of his older brother, Tom, who graduated in 2012 and now operates as a sports agent in South Africa.

Sebastian has already collected a number of Italian caps at Under 20 level, but the matches ahead will represent a step up in intensity as the ‘Tbilisi Cup’ sees the ‘Azzurri’ take on Emerging Ireland, as well as the full national sides of both Georgia and Uruguay. The latter two teams will be present at RWC 2015 later this year, so players in both squads will be keen to cement their places in advance of that tournament.

The call up represents another landmark for Sebastian, who also got an opportunity to pull on a Gloucester jersey earlier this year when he was selected at lock for an A-League game versus Sale Jets.

Speaking of his selection, Negri said "I am truly humbled and blessed at the opportunity I have been given. When my brother called me this morning I was in shock but over the moon!

I can't wait for June and the opportunity to represent Italy again. I would like to thank Hartpury College and all the coaching staff for the past season and for helping me develop as a player and as an individual.

I look forward to the next two years at Hartpury and I hope I can keep learning and become a better player. I have thoroughly enjoyed this past year and importantly I have learnt a great deal and I hope I can continue to improve. I would also like to thank my family and friends who have always been there for me and that have supported me!"

We wish him well for the tournament. 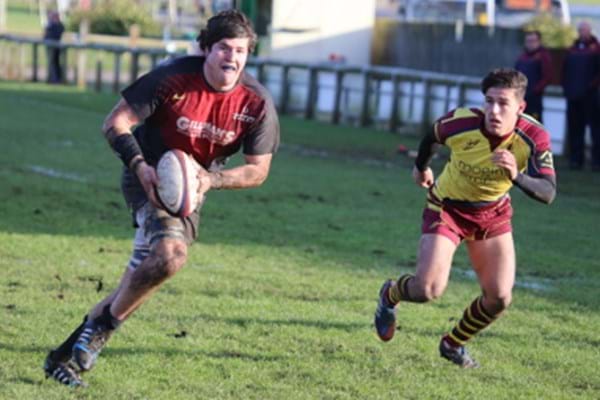