Belated congratulations to both Joe Batley and Ellis Genge who have been included in the England U20 squad that will seek to retain the Junior World Championship for the third year in succession.

Both players skippered the successful AASE side to national titles, Genge lifting the trophy in 2013 and Batley a year later.

Since finishing their courses at Hartpury College, both players have also signed professional contracts. Joe Batley is in the Gloucester Academy and has been a regular performer for Hartpury RFC in the past season, whilst Genge is at Premiership hopefuls Bristol Rugby.

England's JWC squad also features Lloyd Evans, another Gloucester Academy player, who was part of Hartpury's RFC set-up in the early part of the 2014/15 season before finishing the campaign with our near-neighbours, Cinderford.

This year's tournament will be taking place in Italy and England will be hoping to back up previous Championship wins in France (2013) and New Zealand (2014). Elliott Stooke, Callum Braley, Billy Burns, Ross Moriarty (all England), Nicky Thomas (Wales), Ben Vellacott (Scotland) and Ben Chan (Samoa) are all Hartpury 'products' to have had recent JWC experience.

The group phase of this year's tournament takes place between 2nd June and 10th June, with the subsequent knock-out phase culminating in the final on 20th June.

Good luck to all the Hartpury connections involved! 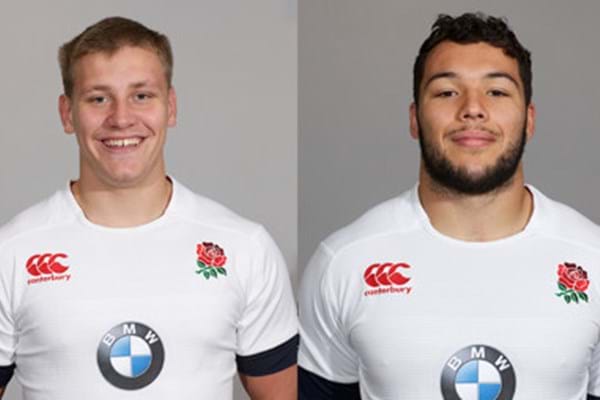