FOUR rising eventing stars on the Advanced Apprenticeship in Sporting Excellence Equine programme at Hartpury have made the long list for the Great Britain Junior Squad 2015.

Yazmin Ingham, Jasmine Abraham, Harry Harding and Charlotte Bacon have all made the initial cut for the Racesafe-sponsored British junior team for the Junior European Championships at Bialy Bor in Poland from August 13th to 16th, along with former AASE student, Sam Ecroyd.

The shortlist of the six riders who will represent Britain at Bialy Bor will be announced after Aston le Walls on 26th July.

Yazmin, a 2* eventer who is part of the World Class Development Programme, also won the British Equestrian Federation’s national Under-21s class at Weston Park Horse Trials, producing a near flawless display riding Imperial Cavalier, who has previously competed at 4* level and at the Olympics.

Harry Harding, 17, from Devon, rides his own 17-year-old British-bred black gelding, Tarmac Adam. As well as being on the AASE programme, Harry is also a student on the BTEC Diploma in Horse Management (Business) at Hartpury.

Yasmin Ingham, 18, from the Isle of Man but based in Cheshire, rides 18-year old bay gelding Imperial Cavalier, who is jointly owned by Edwin and Sue David with Janette Chin.

The successful AASE Equine programme is provided by British Dressage and British Eventing and run exclusively at Hartpury.

The apprenticeship is putting talented young riders based all over the country on the right path to succeed at the very highest level with the support of mentors who have played a starring role in the equestrian world – as competitors and coaches. 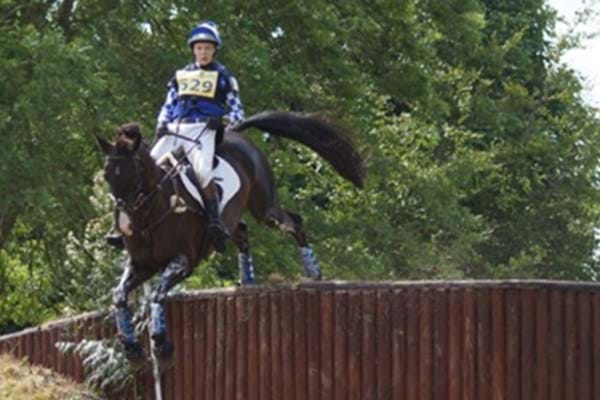