The duo of Alex Chalk and Alex Ireland, from Gloucester, will now represent England Schools after finishing in the qualifying positions at Monday’s event, with Chalk finishing in sixth after a six over par score from 36 holes while Ireland finished just one stroke behind his Hartpury colleague to end up in 12th place in the boys’ competition.

The Hartpury pair will now be a part of the England squad taking on Scotland in September with Chalk, who is from Dumfries, taking part in this fixture for the second successive year after representing Scotland in last year’s match-up between the two nations.

Hartpury student Victoria Wakeley-Jones produced a score of 12 over par in the girls’ competition at Peterborough Milton Golf Club, Cambridgeshire, to finish in eighth position, booking her place as first reserve for the England squad when they host Wales in August.

Chalk, 17, was also in action at the Sir Henry Cooper Junior Masters competition in Nizels Golf Club, Kent, over the weekend. He bounced back from a disappointing third round finish and shot a level par score in his final round to finish in 11th position.

The young Scot had made the cut after a level par score in his first round at the event was followed up with a four under round of 68 to put him in contention. At one stage of the tournament, he was only two shots behind Marco Penge - eventual winner and one of England’s best golfers.

Hartpury’s golf academy manager, Rich King, said: “It’s been another positive weekend for our golfers and I’m delighted for the three who qualified to represent England - it’s a superb achievement. Alex (Chalk) had an extremely busy few days and for him to produce a consistently high standard of golf like he has done is great to see.” 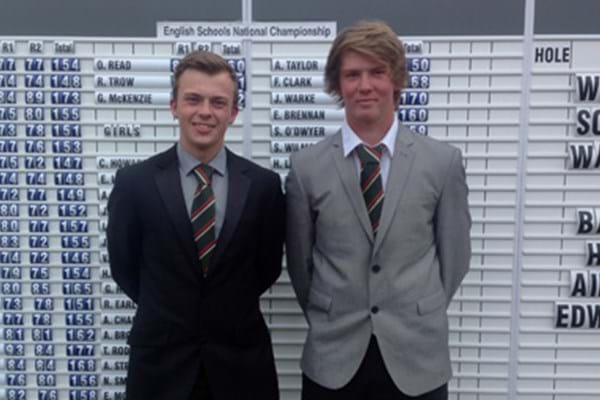