Hartpury’s women’s rugby team completed their Italian job in style as runaway winners of the Torneo delle regioni in Lombardy over the weekend.

Invited to play by incoming player and Italian national, Bianca Coltellini, Hartpury went unbeaten throughout six games on their way to lifting the sevens title.

The tournament bought together nine regional representative teams and Hartpury opened their campaign with a 21-7 win over Campania before 47-0 and 27-5 victories against Lombardia B and Liguria respectively.

Hartpury were just about able to round off their day with another win before the area was hit with a fierce thunderstorm. The girls running out 10-0 winners against title holders, Veneto, to complete a successful opening day.

A 33-0 win on Sunday morning in their final group game saw the team rack up over 120 points to secure top spot and a semi-final against Piedmont, which they cruised through 24-0.

Victory over Piemonte set up a final clash with Lombardia’s A team, which contained some of the Hartpury girl’s hosts and Bianca – who was eventually crowned the tournament’s MVP. Despite Lombardia scoring first, Hartpury rallied to put an unanswered 19 points past their opponents to claim the title in their maiden appearance.

Having wrapped up victory, Hartpury were asked to play against an Italian select team comprised of the best players from each region at the tournament. Despite a couple of injuries and some tired legs, the Hartpury team triumphed 33-5 to complete an unbeaten weekend.

Hartpury’s women’s rugby manager, Peter Cook, said “this was a great test of our team’s skills and the girl’s ability to bond quickly and work together. The Italian sides put up a real challenge and it’s pleasing to see us come away with some convincing victories and, more importantly, the title.

“Not many girls playing rugby at college level will have had the chance to begin their pre-season abroad and this will certainly be a lasting experience for them. The team will have learnt a great deal from the trip too and I hope it will benefit us heading into next season.

Obviously I also have to thank our hosts as well who made us feel like part of the family during our trip.”

During the trip the girls also got the chance to go and see the final of the Men’s Under-20 World Cup Final between England and New Zealand, where former Hartpury student Ellis Genge starred as England were unfortunately deposed of their crown. 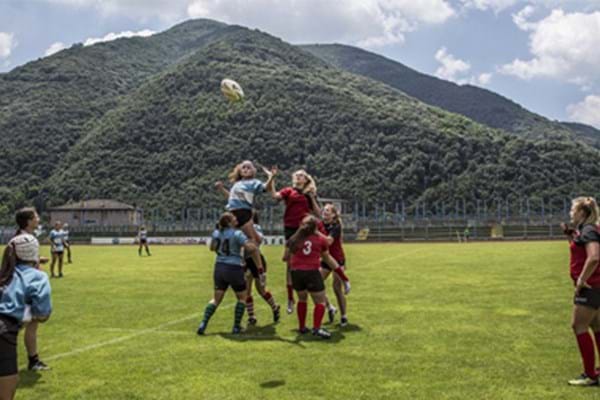