Twins from Hartpury College met the Prime Minister and other political heavyweights this week as they lent their own weight to a prestigious tug of war event.

Amanda and Charlotte Heaven, who are both students at Hartpury, opened the annual charity competition on June 2nd as the House of Lords and House of Commons square off against each other in aid of Macmillan Cancer Support.

The sisters joined their Gloucestershire Army Cadet Force (ACF) comrades in introducing the event alongside Derbyshire ACF, showing the politicians how to do it with a demonstration pull before the Lords and Commons went head to head and winning gold medals.

Tug of war is a sport that pits two or more teams of up to 10 people against each other in a test of strength. Teams pull on opposite ends of a rope, with the goal being to bring the rope a certain distance in one direction against the force of the opposing team's pull.

Since taking part in tug of war for the first time only three years ago, the twins have gone from strength to strength with both now competing for England. Amanda has even secured a national title after being part of a successful team at last year’s England Championships.

“We started tug of war for a bit of fun at a Young Farmers meeting and then it progressed to a point where we got asked to train with the England team and they asked us to pull, so it has been a quick rise,” she added.

The two girls are vying for places in the England team for the upcoming World Championships which take place in Holland this September while they also have the England Championships a month earlier, where Amanda will be hoping to relive the success of last year.

Amanda said: “I’m really excited to take part in the two events and it will be even better competing alongside Charlotte as well. Hopefully we can win again this year.”

Both girls are Agriculture students at the college with Charlotte undertaking an Agricultural Apprenticeship while Amanda is currently on the Level 3 BTEC Extended Diploma in Agriculture, and the twins would love to start their own tug of war club at Hartpury one day.

Charlotte said: “We have tried to get some interest and have promoted the sport so hopefully something can happen in the future.”

Amanda added: “I think we could get a pretty good team together so it would be good to do if possible!” 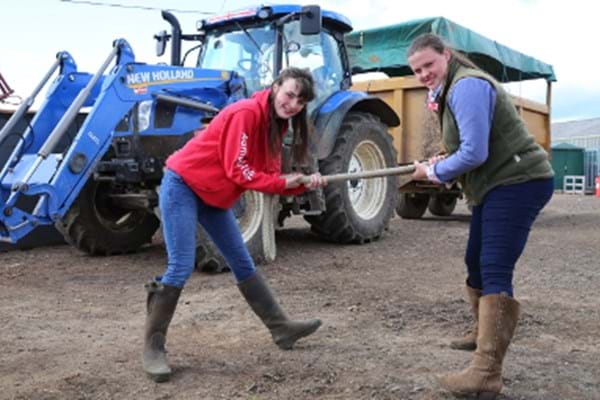